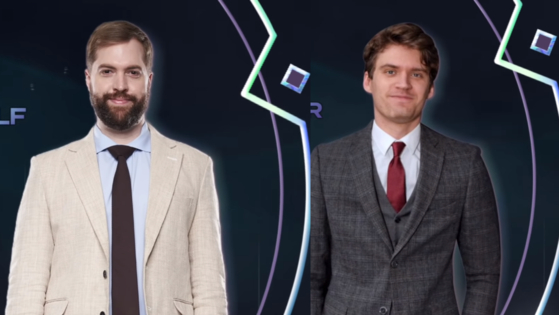 
With the 2021 League of Legends Champions Korea Spring Split finals rapidly approaching, the Korea JoongAng Daily spoke with the two color casters of the LCK English broadcast — Wolf Schröder and Maurits "Chronicler" Meeusen — to hear their thoughts on the coming match.

In the finals, reigning world champions DWG KIA — who comfortably secured their spot in the finals by dismantling Hanwha Life Esports 3-0 last Saturday — are set to face off against challengers Gen.G, who advanced over T1 in an unexpected 3-0 blowout last Sunday.


"Even though Gen.G are coming off of a dominant 3-0 upset win over T1, I feel Gen.G overperformed [in that series]," said Wolf. "The momentum was in their favor, and Bdd played some of the best games he has all year. DWG KIA is still the stronger team, has the better macro, and has a much better track record in high-pressure best-of-five series. I predict a dominant win for DWG KIA."

"My question [going] into this match is mainly how DWG KIA is going to deal with the approach that Gen.G took against T1 in the semifinals," he said. "I'd say there are two options. Play aggressively and snowball early, as to not allow Gen.G to get to the late-game teamfight scenarios that they love — or outdraft and find better scaling options, [then look to] outplay them in the mid-to-late game."

While neither choice would guarantee victory by default, Chronicler maintained that "DWG KIA's late game seems unmatched — I think Gen.G could match them in raw teamfighting, but I think DWG KIA is [just] too smart."

It would not be surprising if the finals were to go down to the wire, regardless of DWG KIA's status as the favorites. The two teams have gone dead even in the regular season, with the former winning 2-1 in January and the latter repaying the favor in March.

DWG KIA and Gen.G will play for the title — and for the rights to represent the LCK at the coming Mid-Season Invitational — at 5:00 p.m. this Saturday.