LG Electronics to support phones for up to 3 years

LG Electronics to support phones for up to 3 years 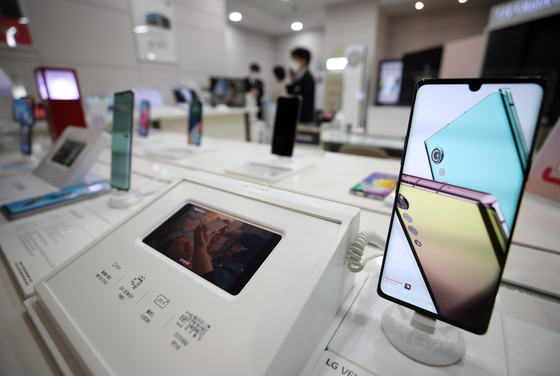 LG Electronics smartphones are put on display at a store in central Seoul, on April 5. [YONHAP]

LG Electronics will offer software updates for up to three years for users of its mobile phones, the company said Thursday.

The maximum three-year support for Android operating system updates will apply to premium models released after 2019, including G and V series devices, and the LG Velvet and the LG Wing, which were released last year. Mid-range handsets will be supported for two years. The company will provide one software update per year.

The list of models and the support provided will be detailed on regional websites maintained by the company.

LG Electronics had originally offered operating system updates for a shorter period: two years for high-end phones from the point of release and one year for mid-range handsets.

The extension follows an announcement earlier that the company would close its mobile communications business for good by the end of July.
“We decided to increase the number of operating system upgrades for our customers as a token of thanks for their trust in LG phones,” the company said in a statement.

LG Electronics will continue producing smartphones through late May, as it still has supply contracts to fulfill with telecommunications companies. Even after the mobile business is shut down, it will continue efforts to provide repair services and parts in other regions as well until its inventory runs out.

As for Korean clients, LG will offer repair service for at least four years from the day the handset was manufactured. The 120-or-so LG Electronics service centers in the country will handle their requests.

Services of LG Pay, its mobile payment app, will be continued for at least three years, LG said.