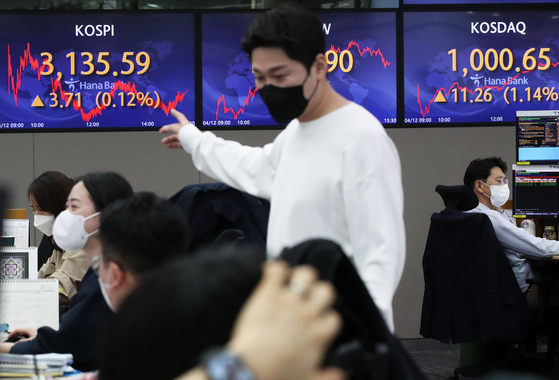 
Stocks inched up on Monday, as investors took to the sidelines amid increased valuation pressure and uncertainties from the Sino-American political friction. The won fell against the dollar.

Meanwhile, the tech-laden Kosdaq market ended at the highest in nearly 21 years.

Trading volume was moderate at about 1 billion shares worth around 13.1 trillion won ($11.6 billion), with gainers outnumbering losers 493 to 350.

Stocks got off to a muted start after the Kospi snapped its six-day gaining steak the previous session as valuation pressure increased ahead of the earnings report season.

Bond prices, which move inversely to yields, closed mixed. The yield on three-year bonds added 1.9 basis points to 1.169 percent, and the return on the benchmark ten-year government bond declined 4.5 basis point to 1.62 percent.