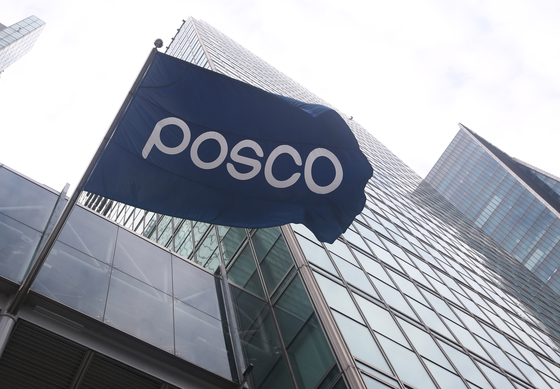 Quarterly revenue for the steelmaker was 16 trillion won, up 9.98 percent on year. The figures released Monday are provisional results. Net profit was not part of the announcement but will be disclosed on April 26 when Posco is slated to release confirmed results for the January-March season.

In terms of quarterly operating profit, this was the steelmaker’s best performance in 10 years. It also beat analyst expectations, which were around 1.3 trillion won.

Korean steel companies’ first quarter performances last year were badly affected by the Covid-19 pandemic as global trade started to freeze. Posco's net profit for the first quarter of 2020 was down 44.2 percent on year.

“The global steel market started recovering from the fourth quarter of last year and the improving [margin] spread on all steel products seems to have led the performance growth,” said Samsung Securities Analyst Baek Jae-seung in a Monday report.

Hyundai Steel and Dongkuk Steel are also expected to see a turnaround in net profits for the year’s first quarter. Last year, they both saw net losses.

Hyundai Steel, an affiliate of Hyundai Motor Group, is expected to report 76.1 billion won in net profit, according to FnGuide. Last year, the company saw a net loss of 115.4 billion won. The analyst consensus for revenue was 4.86 trillion won, up 4.2 percent on-year.

Dongkuk Steel’s quarterly net profit for the first quarter was estimated at 25.2 billion won. Quarterly revenue is expected to increase 12 percent on year to 1.37 trillion won.