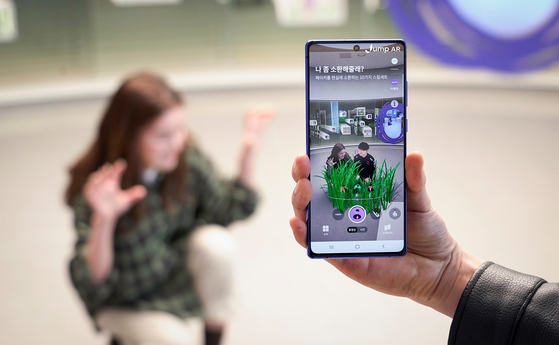 Augmented reality (AR) images appear on a smartphone screen. SK Telecom on Monday announced the ″Jump AR″ app in the U.S., which until now was only available in Korea and Hong Kong on Google's Play store. Users in the U.S. will now be able to experience the AR services, including taking pictures with celebrity avatars. [YONHAP]