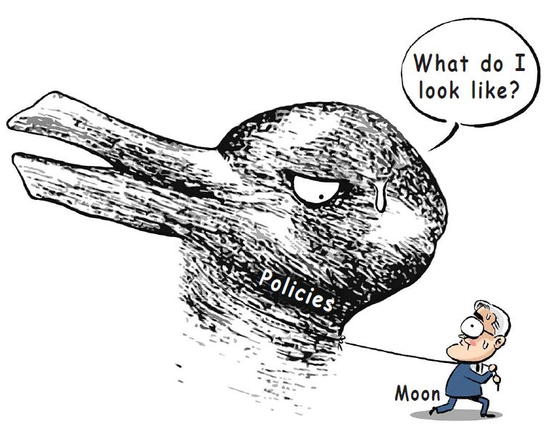 Despite the ruling party’s defeat in April 7 mayoral by-elections, President Moon Jae-in appears determined to press ahead with his policies. If he does not pay heed to the public’s rejection, he will likely be dragged by the lame duck instead of leading a pack of rabbits, as Moon’s support base is referred to. [PARK YONG-SEOK]