Coocon, a financial data scraper, set to list on Kosdaq

Coocon, a financial data scraper, set to list on Kosdaq 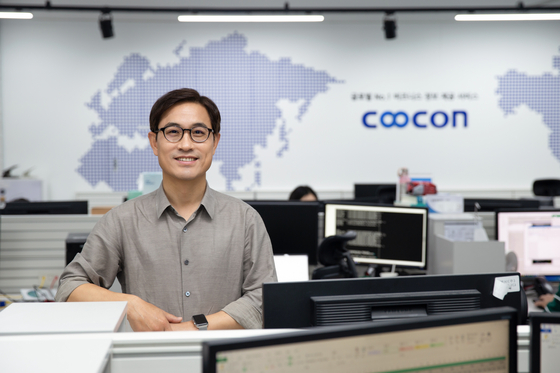 
Coocon, a financial services provider specializing in data scraping, is set to list on the Kosdaq this month.

The Seoul-based company will use the funds to further develop its offerings and push into more markets overseas.

It is currently gauging demand for the shares in the market.

If all goes well, the company will raise 64.5 billion won ($57.4 million) through the IPO, according to Kang Kyeong-keun, an analyst at NH Investment & Securities.

The proceeds will be used to diversify the range of data services aimed at retail and telecommunications companies and push its presence outside of Korea and neighboring Asian countries.

"We will bolster our standing in western countries -- especially the United States," said Kim Jong-hyun, CEO, adding that the company will offer data to the broader client base to cater to medical, retail, logistics and telecom operators.

It serves 500 companies and institutions in Korea and 2,000 overseas.

Its major overseas markets are Japan, Cambodia and China, where it set up an incorporated subsidiary.

With the cash influx from the IPO, it hopes to make forays into the United States, Europe and Vietnam.

The company deploys different tools and techniques including web scraping to collect fragmented information from across the web and combine it to provide a specific user experience.

One of the most common uses involves finance services apps showing all of a user's bank account and credit card records in one place to provide an overview of their financial status.

Analysts believe that the company will keep on posting robust profits as it will likely benefit from the government's MyData initiative.

Under the project, banks and card companies will be able to get access to client purchase records, with the client's consent, from online and brick-and-mortar retailers.

Coocon has launched a platform to facilitate access to the purchase information.

"We've seen growing interest from financial companies," the company said in a statement.

Daegu top Champions League group to advance to round of 16