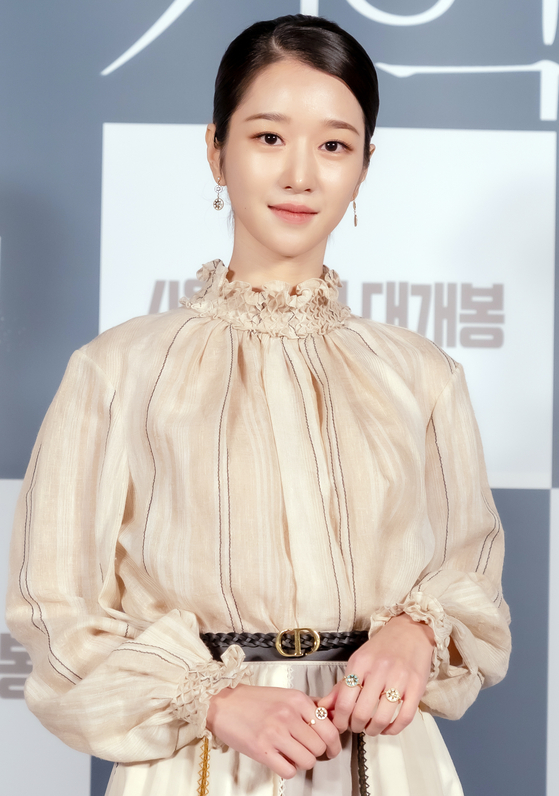 
Actor Seo Yea-ji decided not to attend Tuesday’s press conference for her upcoming film “Recalled” (2021), according to the film’s production staff on Tuesday.

While she cited personal reasons, her decision may be related to her ongoing scandal regarding actor Kim Jung-hyun, who is alleged to be her ex-boyfriend.

On Monday, entertainment news outlet Dispatch reported that while Kim was starring in the 2018 MBC series “Time,” Kim’s then-girlfriend Seo demanded him to “change the script” to “not include any physical intimacy scenes” and “act cold” toward all female co-stars and staff.

In screenshots of a KakaoTalk conversation between Seo and Kim, which Dispatch published, Kim reassures Seo that he “didn’t say hello to female staff” and “told the director again that he will not do romantic scenes.”

Back in 2018, Kim raised eyebrows when he refused to even hold hands with his “Time” co-star Seohyun of Girls’ Generation during a press conference for the series.

He eventually stepped down from his role a month into the show, citing sleep and eating disorders, which garnered him sympathy at the time. Now, the public and especially fans of Seohyun are expressing anger toward Kim and Seo, who was reportedly behind Kim’s uncooperative attitude.

Seo and Kim are no longer romantically involved. Kim is reported to be dating actor Seo Ji-hye, who co-starred with him in the hit tvN series “Crash Landing on You” (2019-2020), however both actors have denied the claims.