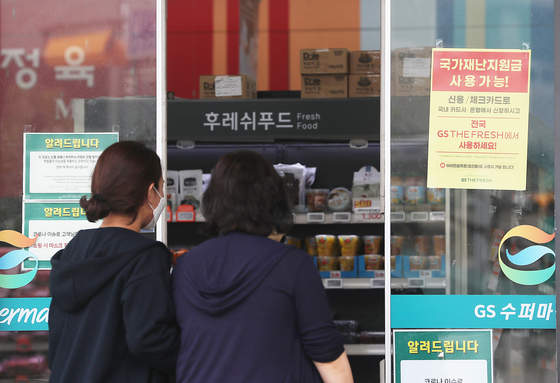 
GS Retail has been hit with a massive fine for using its market power to squeeze suppliers.

The offenses were dramatic examples of gapjil, the Fair Trade Commission said, using the Korean expression for abusing a superior position to take advantage of those relatively weak.

On Wednesday, the FTC said it fined GS Retail 5.4 billion won ($4.8 million) for the violations, which include stripping profits from suppliers, using employees of suppliers and shifting marketing expenses.

GS Retail charged suppliers a 5 percent commission when it bought hanwoo Korean beef from them, taking a total of 3.85 billion won.

The FTC noted that none of the hanwoo suppliers were able to complain due to their relative market weakness.

GS Retail forced 1,073 employees from 46 suppliers to work at newly reopened stores. The retailer also returned 1.13 million items worth 5.6 billion won to 128 suppliers despite no provision in the contract to make the returns.

Additionally, 137 suppliers were forced to take back 1.4 million items worth 3.2 billion won voluntarily. Under the law, the retailer can only force the return of a product to the supplier when it proves that it is for the benefit of the supplier.

Some 146 suppliers had to absorb 35.3 billion won of expenses for promotional and marketing events.

"We have confirmed the gapjil, which is banned by law," said an FTC official. "We will increase our monitoring of business practices that are illegal but carried out under the guise of customary business practices."

GS retail and KT to work together on logistics optimization