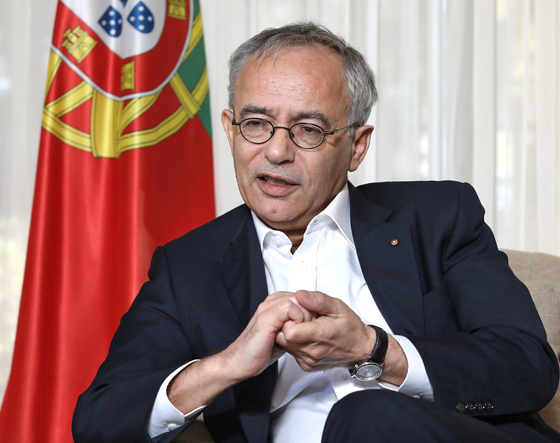 Portuguese Ambassador to Korea Manuel Antonio Goncalves de Jesus speaks with the Korea JoongAng Daily about the 60th anniversary of Portugal-Korea relations at the embassy in Seoul on April 5. [PARK SANG-MOON] 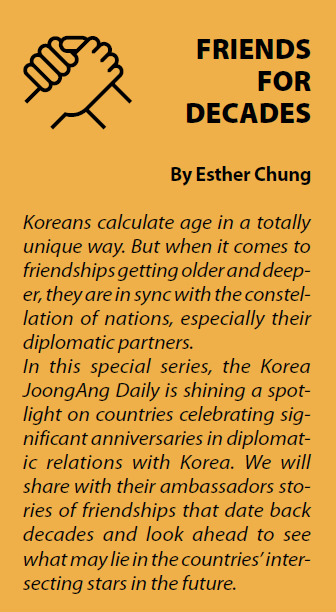 It is unclear when exactly Korea started appearing on maps from around the world, but one of the earlier instances involved a handful of Portuguese mapmakers.

“The first Portuguese people to arrive in Korea came in the second half of the 16th century, and the earlier Portuguese maps showing Korea also date back to this time,” said Portuguese Ambassador to Korea Manuel António Gonçalves de Jesus. “Korea shows up in Fernão Vaz Dourado’s map in 1568, with the country’s name written as Conrai, and also in Manoel Godinho’s map in 1615, which was probably one of the first ones to call the sea between Korea and Japan as the Sea of Korea, or Mar Coria.”

Famous for their discoveries and explorations, the Portuguese travelers — ranging from merchants, explorers and mapmakers to even soldiers and Jesuits — left detailed accounts of what they saw of the Joseon Dynasty (1392-1910).

An account by Mendes Pinto, a Portuguese who traveled through Asia and Africa from the 1530s through the ‘50s, speaks of meeting a group of people who spoke a completely different language from the population found in China and in an area which the Portuguese at the time called Tartaria, or areas occupied by northern and central Asian people.

“Pinto wrote about a group of white-skinned people with strong bodies and small eyes,” said Goncalves de Jesus. “Some experts have pointed to this passage as a possible description of the Korean people at the time.”

Another Portuguese visitor, a Jesuit by the name Luís de Frois, described the skirmishes he witnessed on the coastlines of Korea in his account, “Historia de Japam,” juts a few years preceding the 1592 Japanese invasion of Korea.

“If a delegation other than some 300 [another account in the book puts the number at 30] Japanese people who are designated to trade with the people of Joseon end up near its coastline […] the people would respond immediately with armed forces and ships, there was really no chance for an explanation,” reads an excerpt out of Frois’ book, translated by the Portuguese Cultural Center in Korea and Gyeonggi CATV. “Skirmishes would ensue and continue until [the visitors] were completely driven out.” 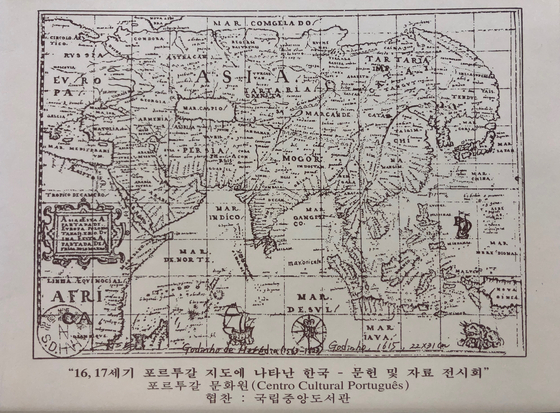 A Portuguese map made in the 16th or 17th century, denotes the sea east of Korea as Mar Coria, or Sea of Korea. [EMBASSY OF PORTUGAL IN KOREA]

With the two nations celebrating their 60th anniversary of diplomatic ties this year, such people-to-people exchanges are becoming ever more relevant, said the top envoy from Portugal to Korea. Portugal and Korea established diplomatic ties 60 years ago today.


“For now, we are planning an economic commission from Portugal to Korea around the third week of June,” said Gonçalves de Jesus. “The embassy is also planning a seminar with the Hankuk University of Foreign Studies to discuss the history and future of the bilateral ties, and will be hosting an essay competition to involve students of Portugal and Korea.”

The following are edited excerpts of the interview in which the ambassador recounted several milestones in relations between Portugal and Korea and discussed where the younger and future generations between the two nations may be bridging the new ties.


Many Portuguese had visited and written about Korea even before ties were officially established in 1961. Is this a part of Portuguese history that is also well known among the general public?
I cannot speak for the entire population of Portugal, but I read Frois’ account of his stay in Japan when I was a university student. There are 10 chapters in his book entirely dedicated to what he saw, heard of and learned about Korea. At the time, in addition to explorers and religious people from Portugal, there were also Portuguese advisors in Asia sharing military techniques. So the people-to-people ties, you may say, date back centuries before the official establishment of bilateral ties in 1961.


What was the situation in Portugal in the years leading up to 1961 that made the establishment of official ties with Korea a timely decision?
The world was a bit different back then. Korea was expanding its ties with many countries, as it reconstructed the nation following the Korean War [1950-53]. In the 1960s, the Portuguese had trade relations with overseas countries and territories it was governing, and by 1970 it had joined the European Free Trade Association. In short, Korea was ready to rebuild the nation, and Portugal was ready to take the opportunity to establish free trade with other countries and regions. 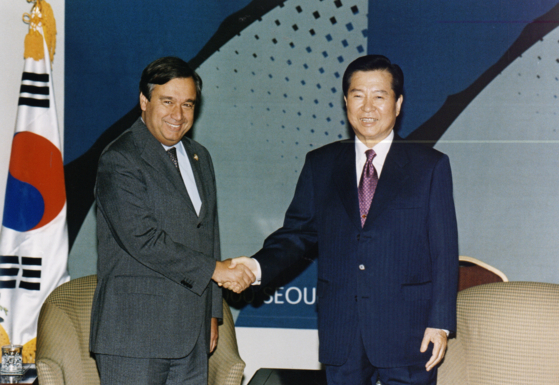 Antonio Guterres, left, meets with President Kim Dae-jung in 2000 in Korea. Guterres, the ninth United Nations secretary-general, was then the prime minister of Portugal and president of the European Council. [MINISTRY OF THE INTERIOR AND SAFETY OF KOREA]

Looking back on the past six decades of bilateral ties, what are some notable milestones?
The two nations signed a trade agreement in 1977 and then an agreement on industrial and technical cooperation in 1985. We signed our first agreement on mutual protection on investment in 1990, and since then we have been like-minded countries in the international community, defending the same principles like human rights, democracy, solution of conflicts by peaceful means. It shows even in the leadership in international organizations: Following Ban Ki-moon, Portugal’s António Guterres took up the office of the secretary general of the United Nations, for instance.
Korea and Portugal have also played key roles together in peacekeeping operations, such as the one in East Timor in 2000. Many nations took part in the International Force East Timor, but Australians, Koreans and Portuguese were among those who formed a core part of the force. This is my personal opinion, but I think that the decision of Korea’s president at the time, Kim Dae-jung, to send peacekeepers to East Timor may have played a part in his winning the Nobel Peace Prize. 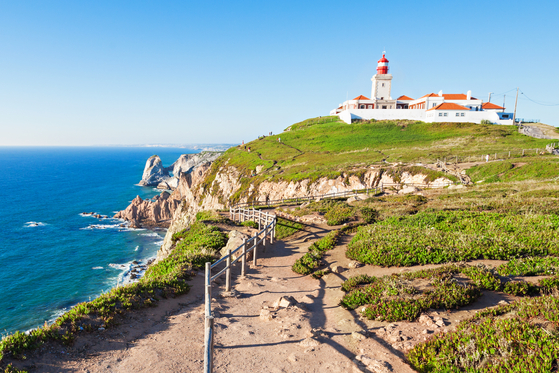 Vibrant tourism between Portugal and Korea has been curbed by the pandemic. When do you think it will be possible for people to start traveling again to Porto, Cabo da Roca and Fatima?
Prior to the pandemic, we had around 16 million tourists in the country in 2019. The number of Korean tourists to Portugal doubled from 2006 to 2019, rising some 30 percent from 2018 to 2019. The tourists from Korea used to be focused on religious sites like Fatima, but the sites popular among Koreans have diversified since then, as more TV shows in Korea introduced natural wonders and popular tourist sites of Portugal. We had direct flights between Lisbon and Incheon launched in October 2019, but they were stopped over the pandemic. We are hopeful for a return to normalcy soon — vaccinations are ongoing in Portugal, and we are hoping to have 70 percent of the population vaccinated by August or September.

Going forward, what areas will Portugal focus on in its relations with Korea?
One area of focus would be the economic relations. Trade between the two nations have clear potential for growth, as latest bilateral trade sits at less than $1 billion.
Another area that Portugal and Korea are well-positioned to work together in is the sector on green economy and climate and digital transition. Portugal is quite developed in its renewable energy sector, that there are days when the country can run on wind, solar and hydro power only. Hanwha Q Cells are building solar power plant in Portugal as we speak. 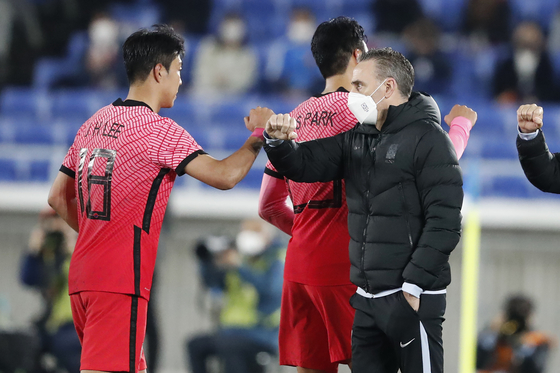 There are a couple of interesting links between the two countries on football. Paulo Bento from Portugal is coaching the Korean national football team, and Korea's footballer Lee Seung-woo has joined Portuguese club Portimonense S.C. Do you think the passion for football is similar across the two nations?


Football is one of the most powerful instruments to promote a nation. When you have players like Lee, Son Heung-min, or Cristiano Ronaldo, and coaches like Bento, they hold tremendous influence, not only within their countries but internationally. Sports can be a highly effective medium to bring together two nations and its peoples, and I am sure it is doing exactly that for Portugal and Korea. 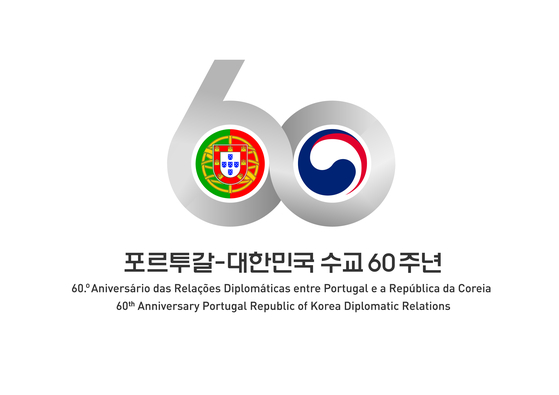 [EMBASSY OF PORTUGAL IN KOREA]

1984 Visit of Prime Minister Soares
Prime Minister Mário Soares visited Korea in 1984, the first visit by a Portuguese prime minister since the establishment of ties. Soares’s visit included a trip to work sites of Samsung factories, which may have provided a push for the Portugal-Korea agreement on industry and technology a year later. Korea’s Prime Minister Lho Shin-yong visited Portugal in January of 1987. 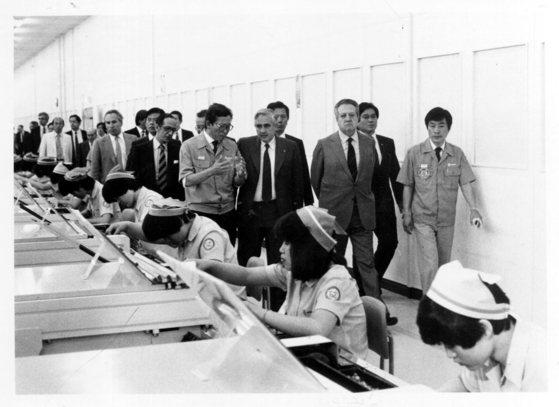 Portuguese President Mario Soares, at the time prime minister of Portugal, visits a factory of Samsung, during his visit to Korea in 1984. [MINISTRY OF THE INTERIOR AND SAFETY OF KOREA]

Korea has been a participating nation in the summits of Organization for Security and Co-operation in Europe (OSCE) since 1994, but it was only after the OSCE summit in Lisbon in 1996 that Korea was officially invited by the OSCE to participate in its meetings as a partner for cooperation. In 2001, Korea hosted its first Korea-OSCE Conference in Seoul.


2000 António Guterres in Korea
António Guterres visited Korea in 2000, while he was the prime minister of Portugal and president of the European Council, to participate in the Asia Europe Meeting hosted in Seoul. Guterres succeeded Ban Ki-moon in the United Nations as the ninth secretary general of the international organization in 2017.


2011 Park Geun-hye in Portugal
Former President Park Geun-hye, at the time a member of the National Assembly, visited Portugal as the presidential envoy of President Lee Myung-bak, in commemoration of the 50th anniversary of bilateral ties. Park met with President Aníbal Cavaco Silva during her visit and discussed bilateral cooperation on renewable energy and shipbuilding. 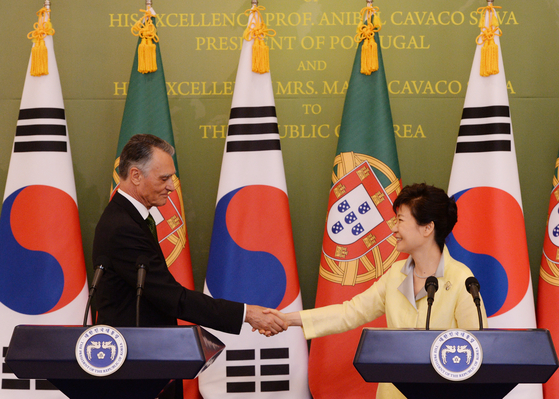 
2018 Direct flights to Portugal
Direct flights were established between Korea and Portugal for the first time, through Asiana Airlines. By 2019, around 260,000 Koreans were found to have had visited Portugal annually in recent years, according to the Tourismo de Portugal. 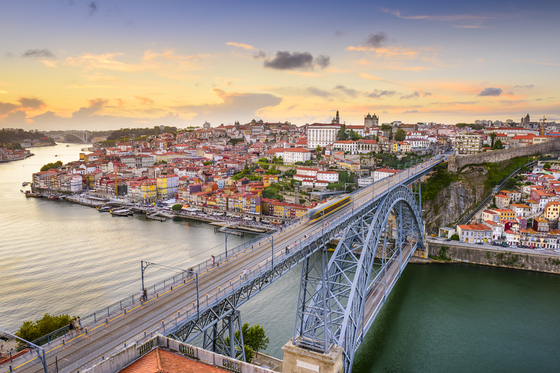 
2021 Anniversary
To celebrate the 60th anniversary of diplomatic relations between Portugal and Korea, the Embassy of Portugal in Korea is preparing a number of events including a visit of an economic commission from Portugal; a seminar on bilateral relations with Hankuk University of Foreign Studies; a cinema festival of Portuguese films with Cinematheque Seoul; and a forum on bilateral trade and investment relations with the Korea Economic Association and Aicep Portugal Global, a government business agency of Portugal.

[Friends for decades] Colombia, Korea pursue creativity and innovation together