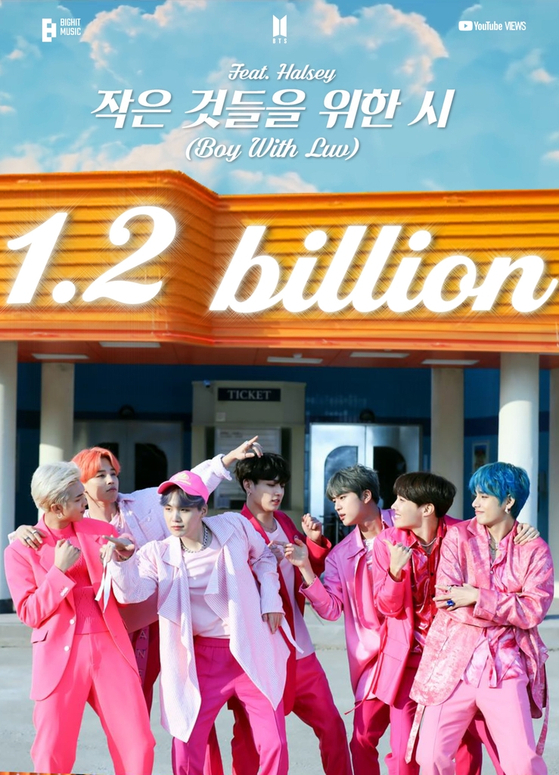 The band's label Big Hit Music announced the video reached the milestone at 9:48 a.m. on Thursday.

“DNA” became the first music video to exceed that number of views in February, and “Boy With Luv” marks the second music video to do so just two months later.

“Boy With Luv” is the lead track of the band’s sixth EP “Map of the Soul: Persona” which was released in April 2019 and features American pop singer Halsey.

The single debuted at No. 8 on the Billboard Hot 100 and stayed on the chart for eight consecutive weeks.