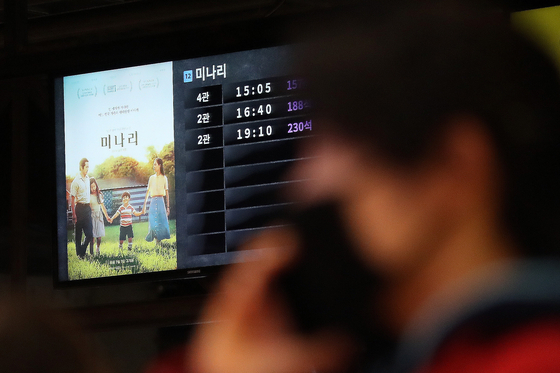 A visitor at a cinema in Seoul passes by a digital poster for ″Minari″ on March 28. [NEWS1]

The number of tickets sold in March last year was 1.83 million, the lowest ever for the month.

The number of moviegoers has been steadily rising since the beginning of this year, thanks to Disney's jazz-filled animation movie "Soul" in January and Japanese action animation "Demon Slayer: Kimetsu no Yaiba the Movie — Mugen Train" in February.

"Minari" hit local theaters on March 3 and has sold 908,425 tickets as of Friday. It topped the local box office ranking for 21 consecutive days.