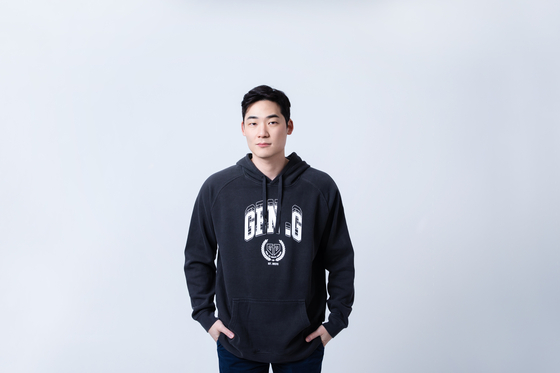 
League of Legends Champions Korea may be produced domestically, with most of its franchises being funded by Korean corporations, but it's a product with an undoubtedly international reach. The league reaches millions of viewers worldwide in more than a dozen languages: According to Riot Games Korea, 67.1 percent of viewers hailed from overseas during the 2020 LCK Summer Split.


Several franchise owners, such as Nongshim and Hanwha Life, have specifically cited LCK's foreign popularity as one of the key factors in their decision to heavily invest in esports.

Naturally, the league's teams and players are global icons. Even excluding outliers such as T1's Lee "Faker" Sang-hyeok — an international superstar whose influence comfortably trumps that of all but traditional sports' elite — LCK's big names have significant foreign followings.

Very few, however, ever use their platform for anything unrelated to the game or their sponsors.

In Korean professional sports, where teams initially were — and many still are — funded by chaebol capital, it has long been the norm for both players and teams to deliberately steer clear of anything that might embroil the parent company in controversy. Getting tangled in wider social issues, even the most innocuous ones, was hardly ever worth the trouble.

Saying as little as possible and only making categorically uncontentious moves — such as celebrating national holidays and donating to general-purpose charities — was, and still widely is, considered the ideal PR strategy for athletes and organizations alike.

This approach extended to the nation's professional esports scene, as Korea's early esports organizations were also funded by chaebol and often run by staff from traditional sports backgrounds.

"I'm a reserved guy, so I don't think I would have taken any public stands on anything even if it were normal for [esports players] to do so," one former player told the Korea JoongAng Daily, anonymously. "But [teams] definitely consider [such statements] unnecessary and dangerous."

"The last time I posted [something controversial] on [social media], not only team staff but even league officials called me immediately and told me to take it down," recounted another anonymous veteran, who never participated in the LCK but has played professionally for over a decade in other games. "After that, I never shared anything [like that] ever again."

This culture contrasts with how things are in the United States, where in recent years, sports stars, teams, and brands taking a stand on potentially divisive subjects has become not only common but even somewhat expected.

Anti-Asian sentiment has been ramping up in the Western world since the beginning of the Covid-19 pandemic, and the hate seems to have taken a turn for the worse this year, particularly in the United States. Incidents such as last month's shootings in Atlanta, as well as the many broad-daylight assaults on AAPI (Asian Americans and Pacific Islanders) individuals, reflect this concerning trend.

The esports industry is no stranger to the problem.

Just this month, Lee "Fearless" Eui-seok — a Korean player in the Overwatch League who recently moved to Texas after signing with the Dallas Fuel — shared through a personal stream that "the racism here is unspeakable" and that it was currently "terrifying" to be an Asian in America, citing multiple instances of on-the-streets harassment. A clip of his statements, translated by Florida Mayhem manager Jade "swingchip" Kim, soon went viral on Twitter and prompted national outlets such as the Washington Post to cover the issue.

Since March, esports organizations, leagues, and developers around the world — many of which employ Asian talent — have been making public statements condemning Asian hate, with variations in intensity.

Within the sphere of Korean esports, however, precious little has been said. Apart from a few exceptions — such as T1, which is jointly owned by Comcast Spectacor and retains a number of North American players — most entities have refrained from even publicly acknowledging the issue.

On one hand, this was entirely expected, and not only due to the aforementioned domestic PR culture: Anti-Asian racism — which is separate from inter-Asian racism — has yet to be and will likely never become a problem in ethno-racially homogeneous Korea. Many consider Asian hate a strictly foreign issue.

Yet the near-complete silence across the board still feels slightly wanting, considering how Korea's top players and teams aren't only global icons but also frequent travelers that regularly represent the nation at international tournaments. 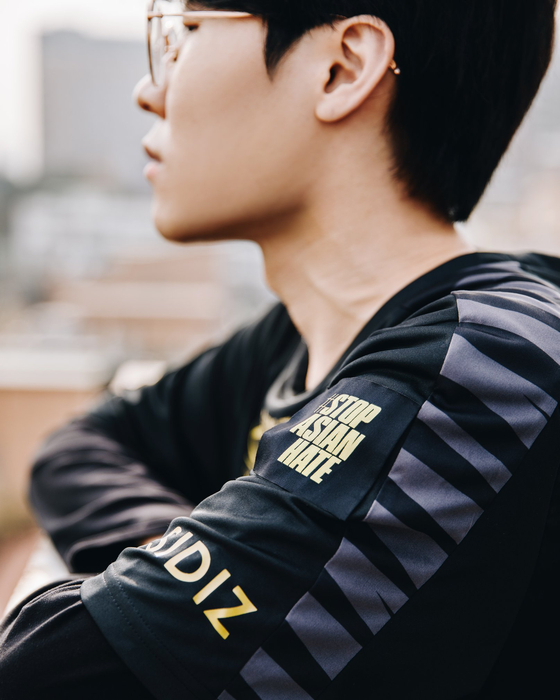 
One organization doesn't want to play by these unwritten rules, however: Gen.G Esports.

The team has been pushing for heightened awareness of AAPI hate since mid-February — early even by American standards — and has since doubled down on that commitment by not only reiterating and reissuing the message on several occasions, but also printing a Stop Asian Hate patch to be worn on their jerseys.

Community response has been predominately positive, both in Korea and abroad.

Many Gen.G employees have also made public posts in support of the campaign: "As a global esports organization, @GenG has a unique opportunity to impact change," tweeted Jordan Sherman, Gen.G's head of revenue operations, in March. "With offices in Korea, China and US and a diverse work force / player base with AAPI representation we can set the right example and #StopAsianHate."

At the helm of Gen.G's efforts on this front is co-President and Chief Operating Officer Arnold Hur, a Korean-American Silicon Valley alum who splits his time between the organization's Korea and U.S. offices.

While Hur was happy to speak with the Korea JoongAng Daily about the campaign, he wanted to make something clear: Gen.G has "no intention of getting involved in politics," and their statements weren't meant to be "political messages."

It's understandable why Gen.G would want to emphatically deny the categorization: The word "politics" itself has become nauseatingly loaded in recent times, particularly within the Anglosphere. Some critics here may point out that the past few years have shown that no utterance, not even condemning hate crimes, can truly pass as non-political. The analysis may be true, but would also be missing Hur's point.

What Hur essentially means is that Gen.G's campaign should be primarily understood as a public re-statement of the organization's core values, as opposed to some form of charged activism.

"We're not trying to change who people are," Hur insisted. "It's [about] standing up for our players, for basic human rights, [and] being upfront about what we stand for as an organization."

As Sherman posted, the fact that Gen.G is one of the few truly global organizations in esports with sizeable physical branches in Los Angeles, Seoul and Shanghai gives it a unique position and reach. But that also doubles as the reason why Gen.G needs to be extremely cautious when deciding how to exercise their influence.

"Our players are global icons. The organization should [be ready] to navigate a global platform," Hur said, but explained that the process is always difficult and often dangerous. "We let each [local] branch get the final say on [where and how messages are put out], but [getting it right] is really hard."

One instance in which Gen.G misread a market's culture came last summer, during the height of the Black Lives Matter (BLM) movement.

The organization wanted to step up to support their black players — and there were many, mostly on their NBA 2K roster. One of the ways in which they did that was by designing a BLM patch to be added to the organization's jerseys. 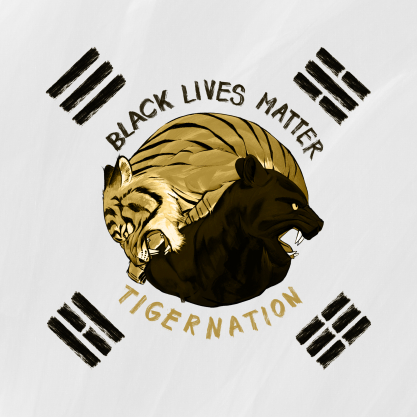 
The patch was generally well received outside of Korea, but proved to be highly controversial within. Many fans took offense at Gen.G's decision to incorporate the Korean flag into their design, and argued that no private organization, least of all one funded by American capital, should appropriate a national symbol for a cause that wasn't even a domestic concern.

Those who were ambivalent-to-critical of the movement itself also raised their voices in protest, saying Gen.G had no right to portray it as if all Koreans were in support of BLM.

Gen.G issued an apology and later modified the design to stylized text. 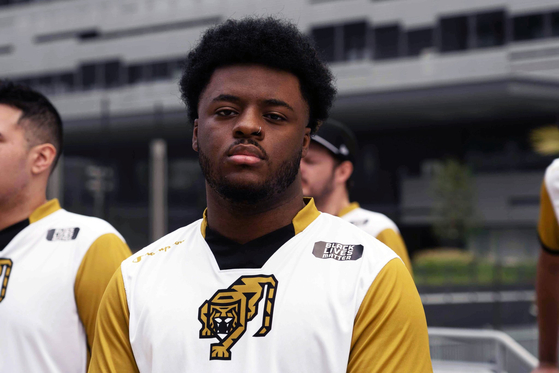 
Hur recounted the incident as "a real learning moment." Even aside from the issues with patch design, Gen.G's original intention — supporting their own players — had mostly been lost on Korean fans. As NBA 2K esports has no pull in Korea, many were unaware that the organization had black players to support by showing solidarity.

"The execution was definitely a mistake," Hur said, acknowledging that everything could have been better thought out, and that Gen.G had "failed to respect each country's culture" in that incident.

The backlash was severe, but Gen.G took the lessons to heart and maintained their policy of speaking out for their players. When the organization revealed their Stop Asian Hate patch this March, most Korean communities reacted favorably, with some former critics even admitting they were impressed by the unflinching consistency.

"This really proves that they truly believe in [committing to such issues]," read one highly upvoted comment.

"Please do these kinds of things more often instead of fooling around with the taegeukgi," read another.

Many expressed satisfaction with the patch's lack of any national symbolism and praised Gen.G for being receptive to fan feedback.

Although it was never the primary impetus for their campaigns, Gen.G establishing themselves as an organization willing to be upfront about their values also makes some business sense.

In the world of esports, Gen.G is still a very new brand. The organization was founded less than five years ago as KSV Esports — a short-lived placeholder moniker — and only rebranded to Gen.G in 2018.

Compared to more "traditional" franchises around the world, such as SK Gaming (founded in 1997), Evil Geniuses (1997), and Team WE (2005), Gen.G has had virtually no time to accumulate a loyal following.

To be fair, Gen.G did technically inherit a storied legacy in 2017 by purchasing a League of Legends squad from Samsung Galaxy (founded in 2000 as Samsung Electronics Khan), but Samsung's esports franchise had never commanded a fan base as huge as those of other domestic organizations such as T1 (2004) and KT Rolster (1999).

Gen.G may be clear from financial concerns in the present, being well-funded by a broad group of investors, but in order to grow toward and beyond self-sustainability, the organization will need to significantly expand by acquiring new fans. And while competitive excellence is the most effective way to do that, sporting success requires no small amount of luck and is not a reliable long-term strategy for a team looking to differentiate itself from its competitors.

From an industry standpoint, Gen.G did stand out in certain ways from the beginning, such as by being an authentically global organization and building a reputation for taking good care of its players. But the former is only important for potential investors, and the latter only for potential signees — in terms of fan appeal, both qualities are only tangentially relevant.

Through its attempts to lead the field in advocating for inclusivity, Gen.G may gradually develop a genuine appeal for like-minded fans within and around esports — a space which historically has been and still often can be hostile toward marginalized people. The organization's lack of a domestic parent megacorporation should continue to be an advantage in this regard, as it allows them to take more risks compared to most teams based in Korea.

"I hope we get to see more organizations become more upfront about their values," Hur said. "And I think it's on us to move the conversation forward."