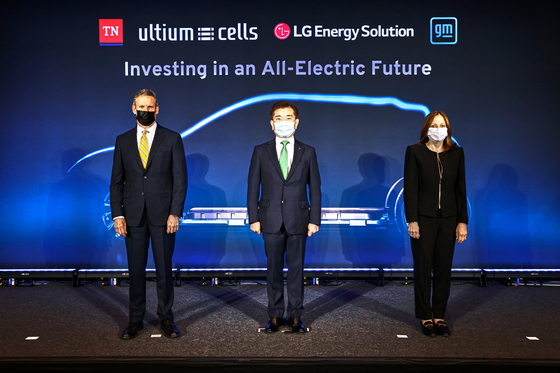 Both factories have the production capacity of 35 gigawatt-hours (GWh) and will support General Motors EV factories.

The Tennessee factory will start mass production by 2023 and is in the same town as a facility that will be retrofitted at the cost of $2 billion by General Motors for the manufacturing of electric cars. It will produce the Lyriq, the first Cadillac-badged EV.

An estimated 1,300 workers will be employed at the Tennessee battery factory, which is being built on land leased from General Motors.

The Ohio plant is currently under construction and scheduled to start mass production in 2022.

The total 70 GWh battery capacity from the two factories is enough to power 1 million EVs per year with a range of 500 kilometers, according to the company. The batteries made at the Ultium Cells factories will go to General Motors for the manufacturing of EVs.

The Detroit-based carmaker has promised 30 global EV models by 2025, 20 of which will be introduced in the United States. The auto company said 40 percent of the cars it sells will be EVs by 2025.

With the United States being one of the major EV markets along with China and Europe, Korean battery makers have been making aggressive investments in the country to handle growing demand for the eco-friendly vehicles.

EV sales in the U.S. is forecast to reach 1.1 million this year and 4.2 million in 2025, according to data from SNE Research.

Under the Joe Biden administration's Green New Deal initiative, in which the transition to green cars is a major pillar, prospects for the EV market in the United States gained a boost. Ningde, China’s CATL has yet to build its factory in the United States, and Korean companies have been rushing for an early lead in the market.

In addition to the partnership with General Motors, LG Energy Solution has promised another 5 trillion won of investment in the United States to build at least two battery plants as it looks to diversify its client base there. It said it will invest the 5 trillion won by 2025 to build another 70 GWh of battery capacity to supply its batteries to other EV makers doing business in the country.

SK Innovation is building two factories in Georgia, which will have a total of 21.5 GWh of battery capacity once completed. The Georgia factories will supply batteries to Volkswagen and Ford.