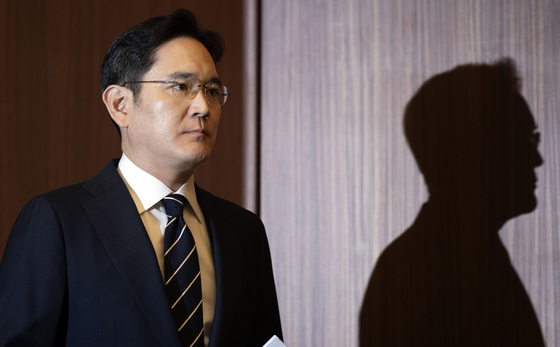 
The family of the late Samsung chairman Lee Kun-hee may announce next week how they plan to pay their enormous inheritance tax bill of at least 11 trillion won ($9.9 billion).

A source familiar with the matter confirmed Tuesday that the family including eldest son Lee Jae-yong have decided to divide the tax into six payments over five years and donate much of Lee's art collection to public and private museums.

“The family will pay in tranches given the sheer amount of tax,” said the source, who spoke on the condition of anonymity, adding that the first payment will be paid this month.

“As for the art collection, the family is inclined to contribute to enhancing Korean culture instead of keeping it,” the source said.

Samsung reportedly approached several state-run museums including the National Museum of Modern and Contemporary Art, Jeonnam Museum of Art and Daegu Art Museum to discuss a donation of the collection, which is valued at around 2.5 trillion won.

The Leeum Museum of Art, a private museum built by a Samsung foundation, will also likely add some of the pieces.

An overall plan for the tax payment must be submitted to the National Tax Service by the end of this month.

Local media outlets reported that Samsung Electronics will announce the plan early next week, although a spokesperson for the company said that nothing has been decided.

The bulk of the estate is Lee’s holdings of shares in major Samsung affiliates like Samsung Electronics. They are valued at around 22 trillion won, according to local research firm Korea CXO Institute.

That firm estimated the inheritance tax on the securities to be 11.04 trillion won, when calculated in accordance with the Inheritance Tax and Gift Tax Act.

By inheriting the shares, Lee Jae-yong will get a stronger grip on control of the Samsung group.

Samsung Electronics has sizable shareholdings in Samsung SDS, Samsung SDI and Samsung Electro-Mechanics.
Another question is whether the corporation will announce any charity plan in line with the chairman’s pledge in 2008 to donate about 1 trillion won to charity.