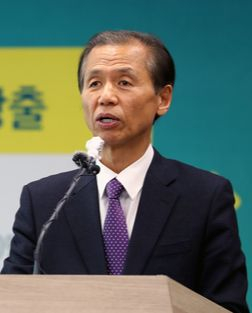 A petition to the Blue House demanding the cancellation of a planned Chinese cultural town in Gangwon has amassed a record number of signatures, forcing the provincial government to deny that it is building an immigrant community –– or a modern Chinatown.

Titled “Scrap the Chinatown Construction in Gangwon,” the petition opposed the creation of the Korea-China Cultural Tourism Town, a 1.2 million-square-meter (296 acres) Chinese culture-themed development in Hongcheon, asking, “Why do we need a Little China in Korea?”

The petition expressed suspicion regarding the provincial government’s motives for the project, saying, “Even if the project has received investment from Chinese capital, it is an unjustifiable and intolerable act.”

The Gangwon provincial government was forced to issue a public explanation.

The provincial government posted a fact-check sheet to its website on Saturday saying the project would be a cultural exchange site between Korea and China, and that the development would be different from what is commonly understood to constitute a Chinatown.

“It is a cultural tourism district that will feature a K-pop museum and a Korean Wave video display, enabling mutual cultural exchanges between the two countries,” the explanation said. “It is not a Chinatown.”

The sheet also claimed that the Korean online platform of the People’s Daily, the official newspaper of the Chinese Communist Party’s Central Committee, was merely a sponsor of the project and not a direct investor.

In an interview with the People's Daily online platform in December 2019, the governor said, "This town will be a cultural town to introduce thousands of years of Chinese culture in all its depth and diversity to Gangwon and the world, and we will make every effort to ensure that the cultural content representing China is well-designed.”

The hostility to what Gangwon is promoting as a cultural exchange venue reflects popular perceptions that China is engaged in cultural imperialism against Korea.

The Blue House petition said, “People are worried that China's Northeast Project, which is getting worse by the day, will result in the loss of our cultural identity and independence.”

Launched by the Chinese Academy of Social Science and financially supported by the Chinese government, the Northeast Project was a five-year research project from 2002 to 2007 on the history and current situation of the frontiers of northeastern China.

Applying a contemporary vision of China as a unified multiethnic state to ancient ethnic groups in the region of Manchuria and northern Korea, the project caused ire in Korea for claiming that ancient Korean kingdoms in northeastern China were Chinese polities because of their location within the borders of the modern Chinese state.

More recently, Chinese authors and websites, such as online search engine Baidu, have been cited as saying that Korean cultural products and dishes originated in China.

“It is time to confront China, which keeps trying to steal unique aspects of our culture, such as kimchi and hanbok,” said the petition.