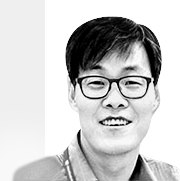 Kim Ki-chan
The author is a writer on labor and employment affairs at the JoongAng Ilbo.


Review on next year’s minimum wage has begun. The minimum wage for 2022 will be discussed and approval by the Minimum Wage Commission. The hourly wage will be set upon endorsement by the Minister for Employment and Labor on Aug. 5. Under the Moon Jae-in administration, minimum wage went up nearly 30 percent in the first two years. The Blue House and government proceeded with a double-digit hike by claiming that the move would not affect jobs. The campaign to raise the statutory minimum hourly pay to 10,000 won ($9) was the centerpiece of the Moon Jae-in administration’s income-led growth policy.

But untested theory or ideology cannot work on the market dynamics that move like a living organism for survival. After the labor market was rocked, the government adjusted its course. During the subsequent two years, the minimum wage stayed mostly flat. But there was no explanation or remorse from policymakers.

The Korea Labor Economic Association (KLEA) ran three research papers in its latest publication ahead of the review of the final minimum wage during Moon’s five-year term. It studied the minimum wage’s impact on consumer prices, self-employed and general jobs.

A research team led by Prof. Jun Byung-hill of the Hankuk University of Foreign Studies studied the impact of the minimum wage on consumer prices. Its research found that a 0.82 percent to 3.01 percent rise in the producer price index is owed to higher minimum wage. The study was based on data from 2010 to 2017. It had left out 2018 when the minimum wage was increased by 16.4 percent.

The research also studied the change in prices at restaurants — mostly the most popular food choices like naengmyeon (cold noodle), bibimbap (rice mix with assorted vegetables), kimchi stew, a home-made style rice and side dishes, and samgyupsal (pork belly). When average 8.69 percent annual rise in the minimum wage from 2013 to 2018 was reflected, a maximum 47 percent of the increased samgyupsal price was contributed by the higher minimum wage, for instance. The research team concluded that up to 47.04 percent of increase in dining-out cost resulted from changes in the minimum wage.

The share of salaried workers against total working population also increased from 2009 to 2018. “Poorly-earning self-employed chose to find wage paying work after the spike in the minimum wage,” the research team concluded. Shopkeepers have closed their businesses and found jobs upon earning less than minimum wage.

The jobs they found were mostly temp or precarious work. Individuals were pushed out of self-employment to alternative choices for survival.

Kang Chang-hee, a professor at Chung-Ang University, studied the minimum wage’s impact on the employed population. Kang found “usefulness” in examining the impact following the sudden spike in the minimum wage.

When studying the rise in the minimum wage, the negative impact on labor market must be considered, Kang added.

The three research studies suggest that even when minimum wage goes up, workers cannot feel the difference due to rise in consumer prices and dining cost. Self-employed in particular are hard-hit.