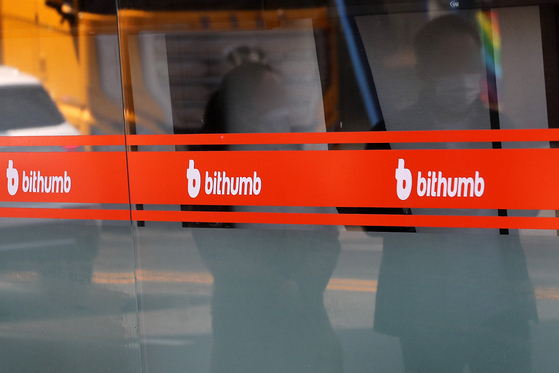 A logo of Bithumb, one of Korea's largest cryptocurrency exchanges [NEWS1]


Many small cryptocurrency trading platforms may have to suspend their operations soon as local banks are reluctant to issue real-name bank accounts for smaller exchanges.

According to the Financial Services Commission (FSC), an amendment to the Act on Reporting and Using Specified Financial Transaction Information requires all businesses dealing with the exchange, storage and management of virtual assets to report their business to the Korea Financial Intelligence Unit (KoFIU). The amendment, in effect from March 25, gives a six-month grace period to exchanges.

To report to the KoFIU, local exchanges must find banks that are willing to issue real-name accounts for their virtual asset customers. Exchanges that fail to do so will eventually have to shut, as investors using non-KoFIU registered exchanges are prohibited from engaging in transactions with financial companies and banks. This prevents users from transferring money from individual bank accounts to exchanges and vice versa, preventing cryptocurrency purchases and withdrawals.

This is the first law that details virtual asset trading requirements, virtual assets being cryptocurrencies. Under the rule, the government aims to prevent crypto-related money laundering and other illegal activities.

Korea's four largest cryptocurrency exchanges ― Bithumb, Coinone, Upbit and Korbit ― have successfully partnered with banks, but some 100 smaller exchanges are struggling. The unregistered exchanges now only have five months before they are forced to shut.

With banks now given the responsibility to screen various exchanges, they are reluctant to take the risk and issue real-name cryptocurrency trading accounts. The government also announced on April 18 that it plans to crack down on any illegalities involving cryptocurrencies, including money laundering and fraud, putting even more pressure on banks.

“If any mishap occurs at partnered exchanges, it is possible that the bank will also be held responsible, even having to compensate for damages,” said a spokesperson for a local bank, who spoke on the condition of anonymity. “Banks have no choice but to take a very conservative approach.”

The spokesperson added that many exchanges, excluding the major ones that already have partner banks, will have to eventually shut.

Smaller exchanges have difficulty negotiating bank partnerships. Their biggest problem is that there is no unified standard for banks to assess whether exchanges have sufficient anti-money laundering technologies or security standards. Each bank has different requirements, making it hard for exchanges to meet the different criterion.

“We have the necessary technologies to prevent money laundering, which is the main point of the new law, but financial authorities are not providing thorough evaluation guidelines,” said a spokesperson for a small cryptocurrency exchange, also on a condition of anonymity. “We will try to the best of our ability to partner with banks and are willing to even start negotiations with provincial banks if necessary.”