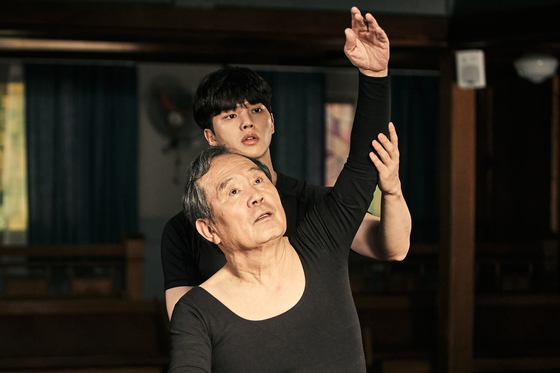 
“You do know that it’s too late for you to become a ballet dancer, right? Why do you want to do ballet?”

“I want to fly just once before I die.”

In cable channel tvN’s Monday-Tuesday drama series “Navillera,” when young ballet dancer Lee Chae-rok (actor Song Kang) first meets 70-year-old Shim Deok-chul (actor Park In-hwan) he can't understand why an old man wants to try ballet at such a late stage in his life. Chae-rok initially dismisses Deok-chul, but as the series progresses he begins to be moved by the elderly man’s true love for the art.

It may seem like a cliché storyline, but the typical characters in an atypical situation is bound to grab attention and touch viewers. Deok-chul has worked his whole life as a postman to feed his family and never had the chance to pursue his own dreams, while Chae-rok is a 23-year-old who is facing the harsh realities of life.

Chae-rok learns that Deok-chul is in the early stages of Alzheimer’s and the limited amount of time that the two have moves the story along with a sense of haste.

For Deok-chul, ballet not only represents a dream, but also the pressure that society has placed on him. The stigma he faces for taking up ballet, especially as an older man, constantly haunts him and holds him back. When Deok-chul was 9 years old, his father dismissed his dream saying “a boy doesn’t do ballet.” Now at 70, his family tells him, “You’re too old to dance."

The people who understand Deok-chul are those who have ventured down a certain path but found answers elsewhere. Deok-chul’s youngest son was once a doctor but quit his job to film a documentary while his daughter-in-law quit her job to take care of her children. These two characters support him during family meetings when Deok-chul is met with sarcasm and criticism. 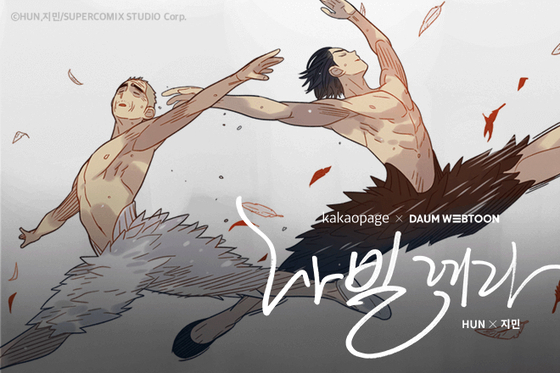 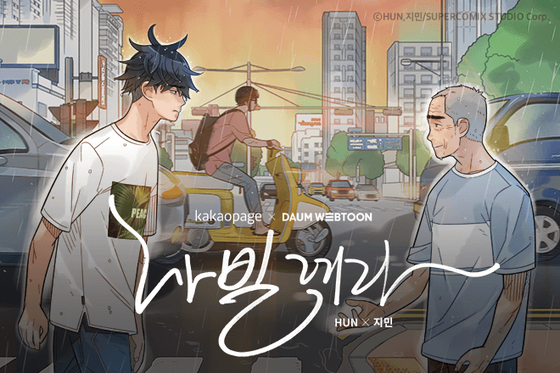 
“Navillera” is based on a webtoon of the same title, written by Hun, illustrated by Jimin and serialized on Daum Webtoon. Producer Han Dong-hwa took the story and turned it into a drama series.

“I immediately thought about my parents when I read the webtoon,” said Han. “They are someone’s son and daughter. It made me feel heavy-hearted to think that they would have had dreams but they couldn’t achieve them because they were devoted to their family.”

Han said that “Navillera” is a drama “made by a son whose thoughts and deeds were always different and lacking” from his parents who “raised four children during hard times when they were younger than I am now.” Details of the characters have changed from the webtoon, but the key ideas stay the same, such as the patriarchal oldest son.

One of the most-acclaimed aspects of the series is the great casting. People say they started watching the drama because of actor Song but ended up falling in love with Park.

“It was challenging enough that I had to wear ballet outfits that stuck to my body,” said Park. “When you become my age, it’s hard to exercise because your body gets stiffer. I took on the challenge as if I was Deok-chul and trying something new.” 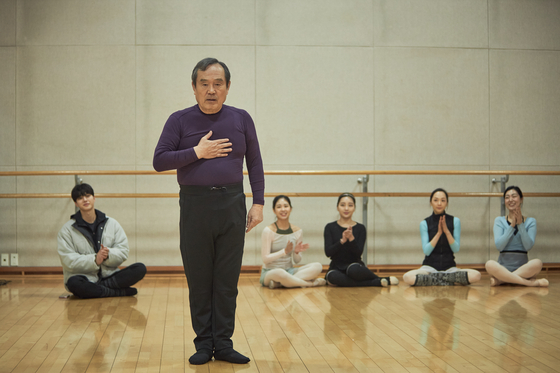 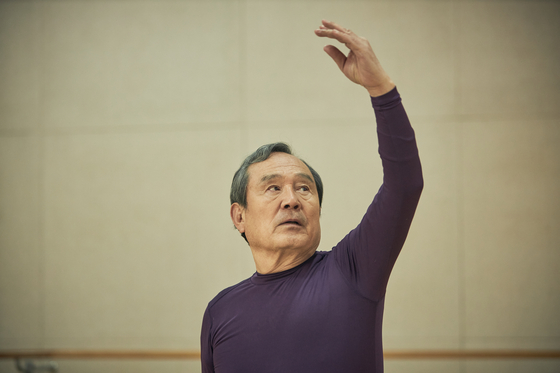 
Park is 76 years old and while he may have found the ballet scenes difficult, Han said that he didn’t want to cast a younger actor and use special makeup because he thought it was important to “get across the lifetime’s worth of wisdom through each word and wrinkle of the actor.” He added that he had no doubt that Park could pull it off.

The way cultural content deals with the topic of aging has changed in recent years and senior actors are taking center stage in genres that vary from sci-fi to romance.

“In the past, people focused on the hardships of elderly people but these days, people take everything to be a natural part of life,” said drama critic Gong Hee-jung. “Even Deok-chul tries to fight his Alzheimer’s and maintain his dignity rather than being presented as a character with strange symptoms. Works that focus on people in their 50s and 60s who retire but are not ‘elderly’ will also increase in the future.”

“The webtoon 'Navillera’ started in 2016 and received good reviews from the beginning,” said Park In-ha, President of Seoul Webtoon Academy. “It’s a talent of Hun’s to bring out a universality within a unique situation, such as an old man and ballet.”

“Navillera” will be performed as a musical for the second time at the CJ Towol theater at the Seoul Arts Center in southern Seoul from May 14 to 30. It was performed for the first time in 2019.

The musical aims to not only communicate with younger audiences who enjoyed the webtoon and drama, but also a wider range of people such as the middle-aged children of elderly people as well as elderly people themselves. The musical includes not only ballet, but also contemporary dance. An official from the Seoul Performing Arts Company said, “There are increasing cases in which people in their 70s try to revitalize their lives like Deok-chul, so we upped the age of the Deok-chul in the play from 70 to 76.”