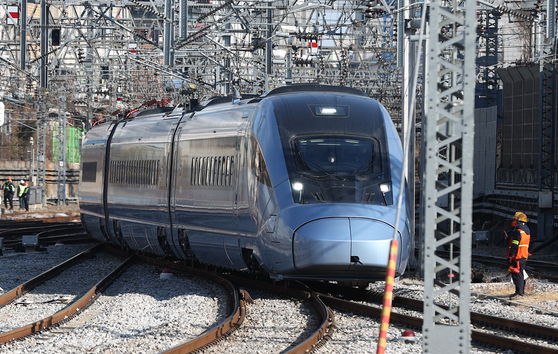 
In 2030, a person will be able to travel between any two parts of Korea within two hours, the government promised, after ambitious upgrades to the high-speed rail network.

The Ministry of Land, Infrastructure and Transport on Thursday released rail plans focused on connecting major cities with areas without high-speed rail infrastructure.

The goals are to disperse some of the highly concentrated populations in Korea's cities and boost regional economies. More people will be able to live where they wish but commute to jobs anywhere.

The plans were announced in a public hearing and could be changed.

Some examples of how the changes will affect travel: after upgrades, residents of Gimhae, a suburb of Busan, will be able to travel to Ulsan in 37 minutes compared to the current 135.

People living in Yeongcheon will be able to travel to Daegu in 37 minutes compared to the current 72. Travel between Daegu and Euiseong will be cut from 118 minutes to 29 minutes. 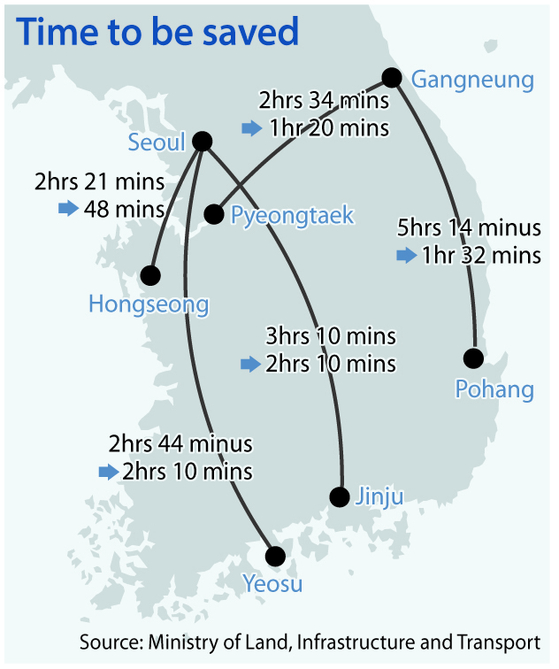 The government also plans to build a new high-speed rail route along the west coast from Hongseong in South Chungcheong to Seoul.

Korea's two main high-speed KTX rail routes are known as the Gyeongbu and Honam routes. Gyeongbu goes from Seoul to the southeast region with a stop in Busan. Honam travels along the western part of the Peninsula down to Mokpo. Both pass through the middle of the country.

The fourth line, GTX-D, will travel within Gyeonggi from Gimpo to Bucheon.

The government estimated that once its plans are complete, the ratio of rail coverage in the country’s overall transportation system will rise from 11.5 percent in 2019 to roughly 17 percent.

Currently the biggest mode of transportation being used is automobiles at 62.6 percent followed by buses with 25.6 percent.

Additionally, greater use of rail over cars will lower emissions of fine dust of by roughly 356 tons annually.