Jungsim aims to bring high-end Chinese food to the masses

Jungsim aims to bring high-end Chinese food to the masses 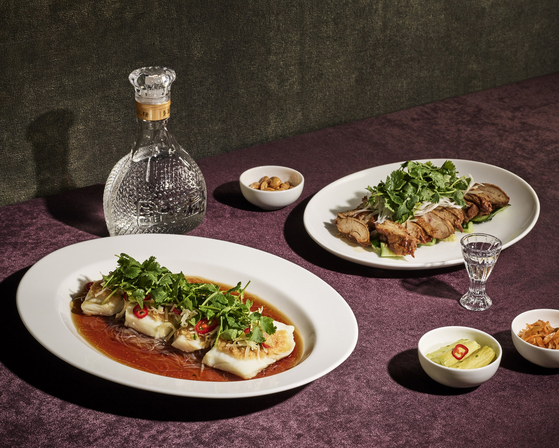 Chinese restaurant Jungsim run by Haevichi Hotel and Resort offers dishes cooked without oil in order to cater to the diners wanting something light. [HAEVICHI]

If you think oil is an essential in Chinese cooking, think again.

Restaurant Jungsim, run by Haevichi Hotel and Resort, is now offering a variety of dishes that are not so easily found at Chinese restaurants in Seoul, in line with customers’ growing interests in eating light.

Traditionally, dishes that are either stir-fried or deep-fried with oil have dominated menus at mom-and-pop Chinese restaurants. While a wider range of dishes can be found at big name hotels or more upscale Chinese restaurants, price points are not always accessible to the general public.

However, the tide is turning with more chefs leaving hotel kitchens behind. Haevichi based on Jeju Island takes a more casual approach to run Jungshim, located in the center of office-heavy Gwanghwamun in central Seoul alluring office workers looking for spots for casual lunch dates or dinner meetings. It has been promoting oil-free options since February to appeal to the health conscious.

“Generally people think more about living a healthy life these days, hence what they look for in food is also changing,” said chef Su Tai-chang of Jungsim, during an interview with the Korea JoongAng Daily.

But cutting oil doesn’t compromise taste. To bring out the complexity of ingredients without using oil, the chef puts extra effort into creating broth that is often the basis of the dishes. Broth made with chicken, pork and beef, among other ingredients, is boiled for at least six hours, and is added to dishes cooked over an open fire. Instead of frying ingredients, the chef tries to find alternative ways to cook such as steaming.

“When you take time to make broth, you don’t need many other additives to bring out the flavors of ingredients,” Su said, adding that he is creating more dishes using broth which will become available from May.

Diverging from vegetables commonly used in Chinese cuisine, such as bok choy, the chef tries to instead incorporate seasonal vegetables like dureup, also known as fatsia tree shoots. He even adds drops of eoganjang, fish-based soy sauce, to add more gamchimat, the Korean term for the Japanese word umami.

“Using eoganjang is not commonly practiced in Chinese cooking, yet I wanted to try it out to see if it fits my style of Chinese dishes as we here try to add the ultimate gamchilmat,” he said. It worked especially well with one of the classic Chinese dishes, steamed abalone, he recalls. He gained more confidence in using Korean seasonings after his Taiwanese style stir-fried rice that has a hint of Korean gochujang (hot pepper paste) in the sauce was raved about by diners.

“I won’t veer too far from the basic format that makes certain food taste Chinese, but I’m in the middle of research on Korean ingredients like doenjang and salted fish as they could help bring out gamchilmat.” 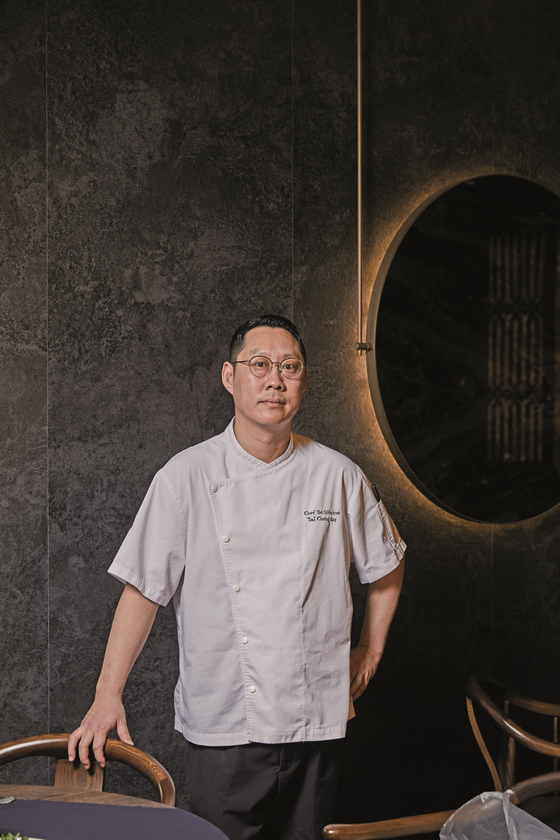 
Su is already brainstorming about what dishes he can make in summer and winter that make the most of the vegetables in season then. He is considering yellow buchu, or chive, known to be a herb enjoyed by emperor Qin Shi Huang (B.C. 259-210) of Qin Dynasty of China, for winter.

Using ingredients with such history is the chef’s attempt to tear down any stereotypes people might have about hotel restaurants or smaller independent eateries.

“Since this is an independent restaurant, we have better access to the general public,” said the chef. “What’s known as luxury Chinese dishes will be more casually presented here so that the Chinese restaurant scene in Korea can be even more diversified.”