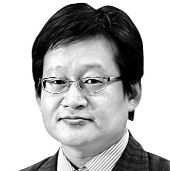 Suh Kyoung-ho
The author is the editor of economic and business news at the JoongAng Ilbo.


In mid-January, a senior official at the Ministry of Land, Infrastructure and Transport told me he checked the stock price of Samsung Electronics on a daily basis. At the time, the bellwether stock rallied above 90,000 won ($81) and was anticipated to hit the 100,000-won milestone at the peak of the retail stock fad. At first, I wondered why an official of the land ministry in charge of real estate policy was so attentive to Samsung Electronics’ shares, but soon I knew why. Liquidity from unprecedented fiscal and monetary stimuli can stimulate the economy if it can prop up the stock market and aid corporate incomes. But it also could add fuel to runaway apartment prices. He was praying that the bullish stock market would pull liquidity away from an overheated housing market.

These days, housing policymakers have another market to check — the cryptocurrency trading market.

“This was where all the money from record liquidity was headed!” exclaimed an acquaintance who recently put a small amount of money into Dogecoin, an open-source digital currency emerging as a rising star in the crypto world. “The roller-coaster ride in the value is mindboggling. It’s crazy,” he said.

The coin went up and down more than 100 percent a day. On April 16, the trading volume of the coin reached a whopping 17 trillion won, topping the Kospi’s. The value of a digital coin containing an image of a Shiba Inu dog soared nearly 6,000 percent this year after several tweets by Tesla CEO Elon Musk.

The coin was created eight years ago as a “fun” parody by combing the internet’s buzzwords at the time — bitcoin and “Doge,” a meme featuring a quizzical-looking Shiba Inu dog accompanied with witty phrases in broken English like “Much wow” and “So scare.” What started out as a joke got serious attention from the crypto community. It ranked sixth on CoinMarketCap with a market cap of 47 trillion won on April 19 and a 24-hour turnover nearing 26 trillion won. Half of the coin owners are being replaced daily. This cannot be normal.

Jang Ryu-jin — a young author who wrote “Joy and Sadness of Work,” which portrays an IT workplace in Pangyo — published a novel, “Let’s Go to the Moon,” about twenty-and-thirtysomethings immersed in the crypto fad. “To the moon” is a mantra often used by crypto investors praying for soaring prices. Elon Musk tweeted a picture of a dog barking at the moon.

The story revolves around three young people employed in decent workplaces but stuck living in tiny one-room studios. Cryptocurrency represents their exit to the better world as “anyone is entitled to enjoy life’s luxuries.”

The story has a happy ending as the three stay tough and pocket riches after surviving the ups and downs of the risky business. But not all crypto investors can get to the moon. Some end up with the grenade exploding in their hands.

Any advice about high stakes in the volatile cryptocurrency trade would sound like textbook theory to investors. The young have been pushed into such a high-risk game by the adult generation and policymakers. Koreans in their 20s and 30s cannot dream of affording a home in their lifetimes even if they save every cent. They have become fearless because they are hopeless. The young’s craze for cryptocurrency mirrors their deep desperation, cynicism and pessimism.

There was a time when hard work would make one successful one day. The old Korean saying mentions a dragon born in a brook. Education was the mobility ladder. In 2012, former Justice Minister Cho Kuk wrote on Facebook about deepening wealth disparities in Korean society and decreasing chances for a dragon to be born in a stream. “Not all has to be a dragon. What is important is to make your life happy though living as small fish and frogs in the stream.” But the Moon Jae-in administration and its parade of justice ministers has failed to deliver a “happy and warm” stream. The small fish and frogs must put their hopes and passion in virtual money with the fantasy of reaching the moon one day.