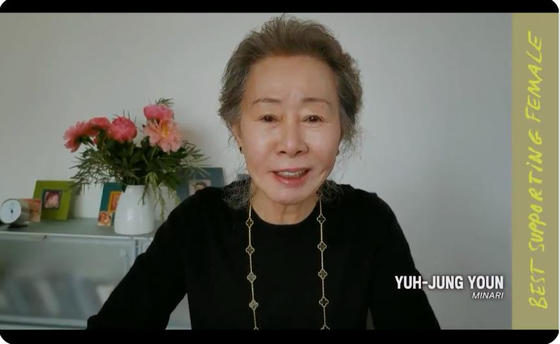 
With the 93rd Academy Awards just days away, actor Youn Yuh-jung was honored Friday with the Best Supporting Female award for her performance in "Minari" by the Film Independent Spirit Awards.

Korean film critics have been sharing congratulatory messages on their social media, saying that Youn is just a step away from winning the Oscars. Youn is the first Korean to be nominated for Best Supporting Actress for her role as Soon-ja in "Minari."

The 36th annual Film Independent Spirit Awards were voted on by members of Film Independent, a nonprofit organization dedicated to advancing the profile of independent cinema and diversity in the industry.