Kospi keeps rising on hopes for an economic rebound

Kospi keeps rising on hopes for an economic rebound 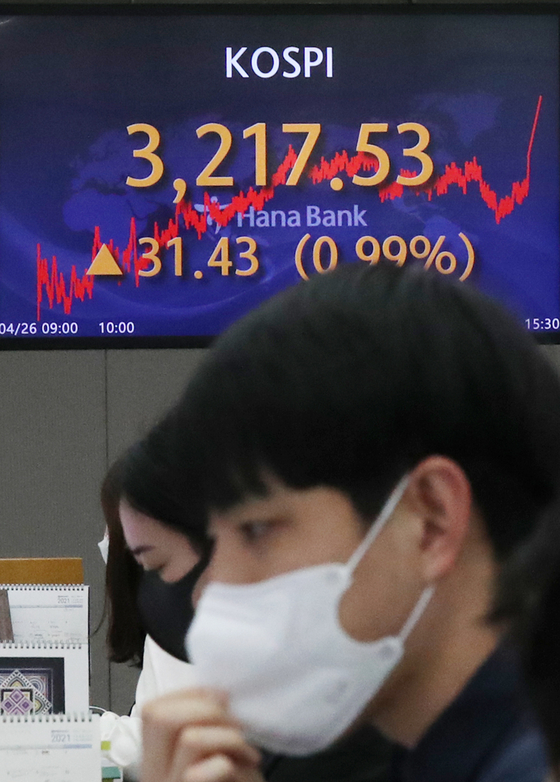 
Stocks closed up for a third consecutive session Monday as progress in the local vaccination campaign and strong U.S. economic data fueled hopes of an economic rebound from the pandemic. The won rose against the dollar.

After a strong start, the Kospi went past the 3,200-point level in afternoon trading, led by strong advances by financial, transport and heavy industry shares.

Local investor sentiment for risky assets increased ahead of a U.S. Federal Reserve meeting this week.

Over the weekend, Korea clinched a deal with Pfizer to buy additional vaccines for 20 million people.

The local currency closed at 1,113.2 won against the dollar, down 4.6 won from the previous session's close.