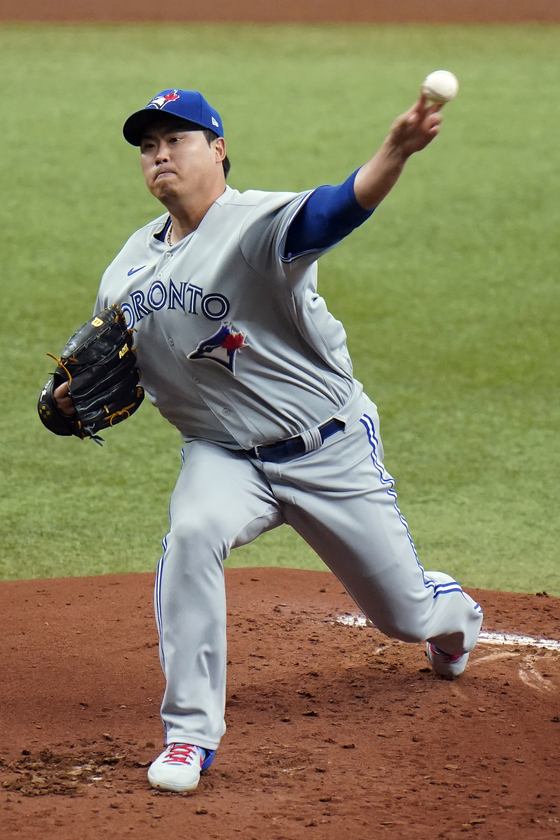 
Toronto Blue Jays ace Ryu Hyun-jin left a game against the Tampa Bay Rays early on Sunday with an injury, picking up another no decision after pitching three and two thirds innings.

Ryu gave up three hits and stuck out five with one walk during his three and two thirds innings of work, leaving the game with a 2.60 ERA after five starts.

Ryu left the mound in the fourth inning after throwing 62 pitches, a clear indicator that something was wrong as he was having a solid start up to that point. The Blue Jays have since announced he has a "minor glute strain." It's unclear whether he will have to skip a game or not.

Losing their No. 1 pitcher would be a huge blow to an already weakened Blue Jays rotation. Nate Pearson and Ross Stripling are already on the 10-day injury list, while Tanner Roark is out with a family emergency. If Ryu is added to the injury list, that will leave the Blue Jays with just two starting pitchers left — Steven Matz and Robbie Ray.

Ryu has struggled with injuries before, with a shoulder injury and surgery taking him out of the 2015 season, and elbow discomfort in 2016 and a groin injury in 2018 interrupting both seasons. He's been mostly healthy for the last couple of seasons, and Sunday's discomfort doesn't appear to be related to any of those previous issues.