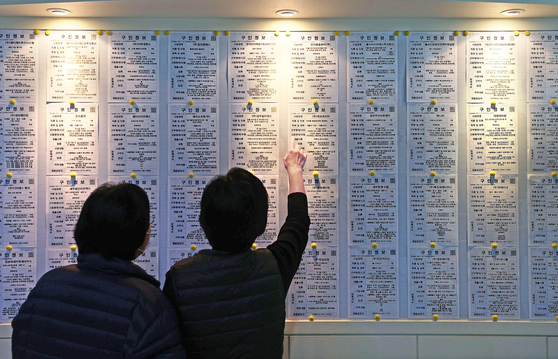 
Korea’s working population is getting older as the society ages and people at retirement age continue to seek employment opportunities.

The number of employed Koreans who are aged 60 or above now exceeds that of people in their 30s, according to Statistics Korea.

Some 5.26 million Koreans aged 60 or above were employed as of March, up 8.4 percent on year. It’s first time that the number has exceeded 5 million since 1987, when the statistics agency started compiling the related data.

The number of employed people who are in their 30s declined 3.1 percent to 5.24 million during the same period.

It is dramatic from 1980s and 1990s, when the Korean economy was growing at a rapid pace. Back then, the number of employed who were in their 30s was five to six times the number of people aged 60 or older working.

The coronavirus pandemic was a big contributing factor. As companies scramble to reduce the number of new hires or even decide to cancel their plans to hire new employees, young Koreans in their 20s and 30s are having difficulty finding jobs.

The employment rate for old people has also been rising steadily.

“More aged people are likely to seek for jobs in the future as the life expectancy is expected to increase further,” said Kim So-young, an economics professor at Seoul National University. “But most of the positions that old people get from the government are low-pay temporary jobs.”