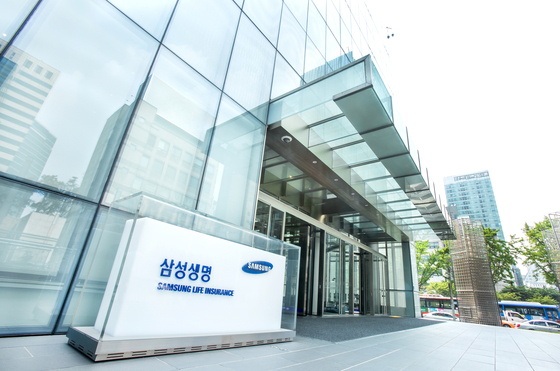 
Lee Kun-hee’s family has filed an application to assume ownership of the 20.76 percent of Samsung Life Insurance that was owned by the late Samsung Electronics chairman.

The application, lodged with the Financial Services Commission on Monday, indicates that the sizable holding will be transferred to the family members – eldest son Lee Jae-yong and daughters Lee Boo-jin and Lee Seo-hyun and Hong Ra-hee, Lee Kun-hee’s wife–, which would make them the largest shareholders in the insurer.

Exact stakes to be taken by each were not disclosed in the filing and may not have been decided yet. The ownership percentages will be key, as the insurer is a major shareholder in a number of companies in which the family members already have significant holdings.

“The family sent an application, but the specific shares are not disclosed as they haven’t reached a conclusion yet,” a spokesperson at Samsung Electronics said.

The company is expected to release a detailed plan as early as Wednesday about how the beneficiaries will pay the inheritance tax bill, which is expected to total around 11 trillion won ($9.9 billion).

Local media has reported that the announcement will include donations to charity of about 1 trillion won.