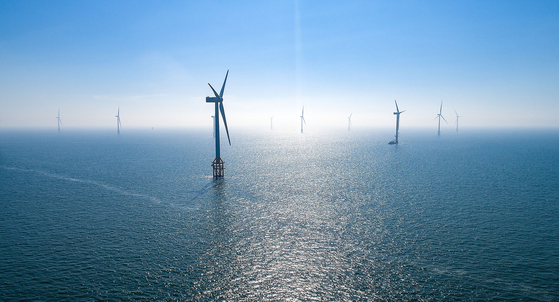 
Doosan Corp. reported 402.3 billion won ($360 million) in net profit in the first quarter from a 379.85-billion-won net loss in the same period last year on improved earnings at major subsidiaries.

It is the first net profit since the fourth quarter of 2019.

Part of the restructuring measures involved selling the Doosan Heavy Industries & Construction’s 35 percent stake in Doosan Infracore for 850 billion won to Hyundai Heavy Industries Holdings and adjusting its portfolio to focus on eco-friendly energies like offshore wind power and a gas turbine that will be used to build an LNG power plant.

The transaction has not been completed yet.

Doosan Heavy, a power plant builder, booked 1.32 trillion won of orders in the first quarter, up 84.1 percent on year.