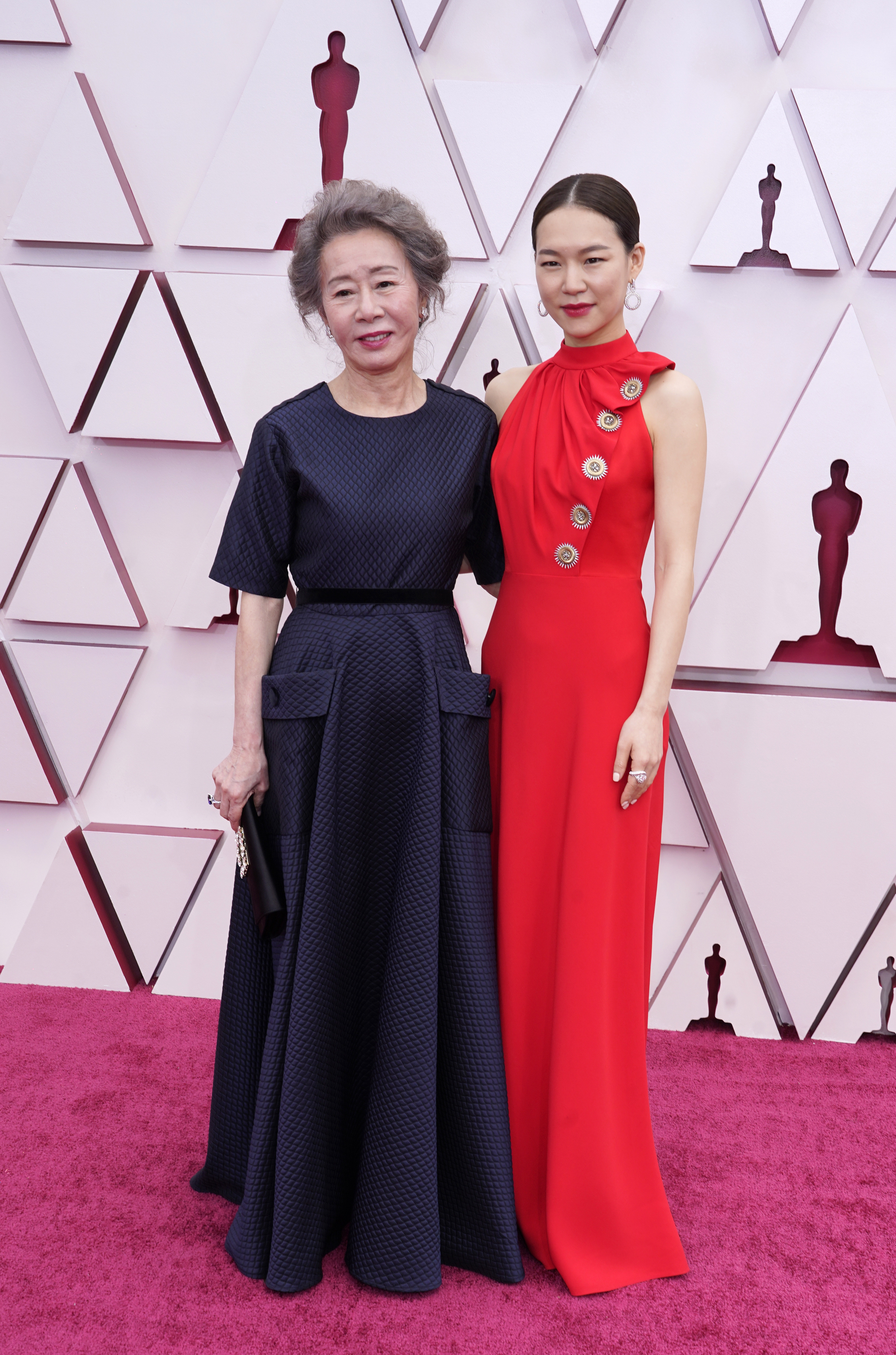 “Minari” (2020) actor Han Ye-ri sparked controversy among Korean online commenters with the red dress she wore during the Academy Awards Ceremony on Sunday.

While Youn, who took an Oscar for Best Supporting Actress, wore a simple midnight blue dress, Han turned heads donning a vibrant red dress. American fashion magazine Vogue praised Han’s red carpet look and introduced her on its official Instagram account as one of the best dressers of the evening.

On the other hand, some Korean online commenters expressed disdain that her dress looked “Chinese.” The sleeveless design, high neckline and diagonal gold buttons on her red dress were reminiscent of the traditional Chinese dress qipao, claimed some netizens.

"First of all, I really like this color, and it suits my skin tone well," Han said during an interview with Vogue as she was preparing for the ceremony.

“It’s very feminine, but holds strength at the same time," she said of her red carpet look. "As red is fresh yet fierce, I tried to mix those two aspects together [...] The dress is very simple and flows with my body line very well."