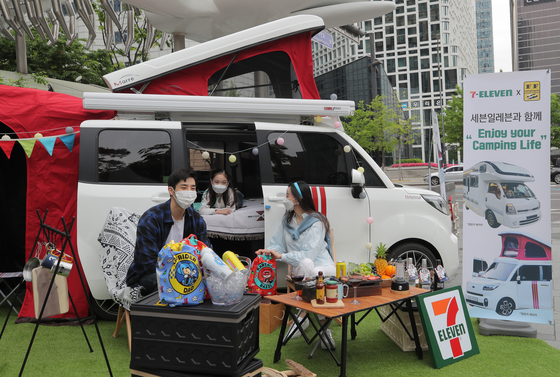 Models pose in front of a camping car displayed at 7-Eleven's headquarters in Jung District, central Seoul on Tuesday. The convenience store said it is selling two camping car models in collaboration with Bayrun RV Group, a Korean RV company that officially launched in March. The camping car, which is a remodeled Kia Ray, retails at 29.15 million won ($26,000), while the larger Bayrun 640 RV is sold for 76.5 million won. [YONHAP]