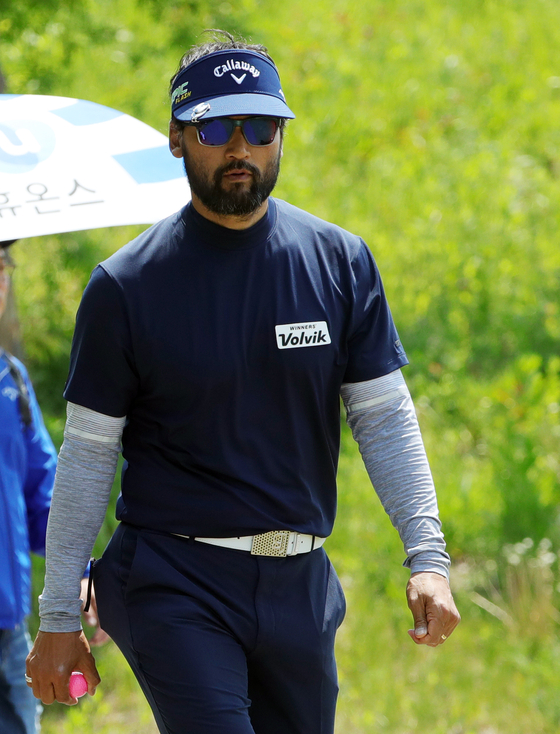 
Korean baseball legend Park Chan-ho will this week try his hand at a very different ball game, as he enters the KPGA Tour's Gunsan CC Open in Gunsan, North Jeolla on Thursday.

The KPGA announced last Monday that the former MLB pitcher will make an appearance as an invited amateur golfer at the Gunsan CC Open.

To be invited to the KPGA, players must either have experience at least as a standby member on a national team, have finished higher than fifth at a KPGA event, or have an official handicap under three. Park’s official handicap is under three, meeting the last condition.

Park has some experience in golf tournaments, having won the Huons Elravie Celebrity Pro-Am with professional golfer Kim Young-woong and ranking first at the long drive event, hitting 331 yards, in 2018.

Park competed in the preliminary rounds of three Srixon Tour — the lower-tier tour underneath the KPGA — events this March and April, tying for 121st in the first event, tying for 84th in the second and tying for 58th in the third.

Park will be aiming to make the cut at this tournament, though it seems unlikely. On the PGA Tour, basketball player Stephen Curry has participated in Korn Ferry Tour tournaments, but failed to make the cut.

The Gunsan CC Open starts on Thursday at Gunsan Country Club in Gunsan.

Golf gets even harder as KPGA unveils night tournament