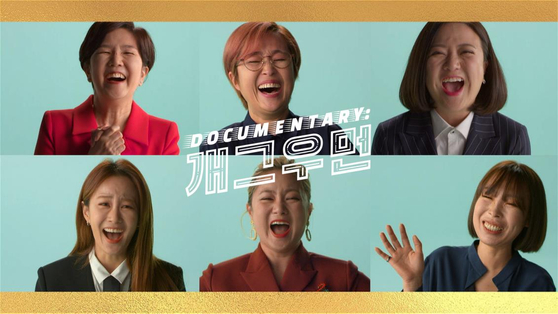 The six comedians talked about their impact on the male-centered industry and pioneering their own paths.

Last year, it was awarded the Grand Prize at the Gender Equality Media Award by the Korean Institute for Gender Equality Promotion and Education, a public organization under the Ministry of Gender Equality and Family. It was also invited to the seventh Korean Film Festival Canada which was held from Oct. 29 to Nov. 2.

"This is the first time for the Women's International Film Festival to award a Korean video with the Outstanding Excellence award, which makes it more meaningful for us," said KBS.

"We will endeavor to spread Korean documentaries touching on female issues in the world."