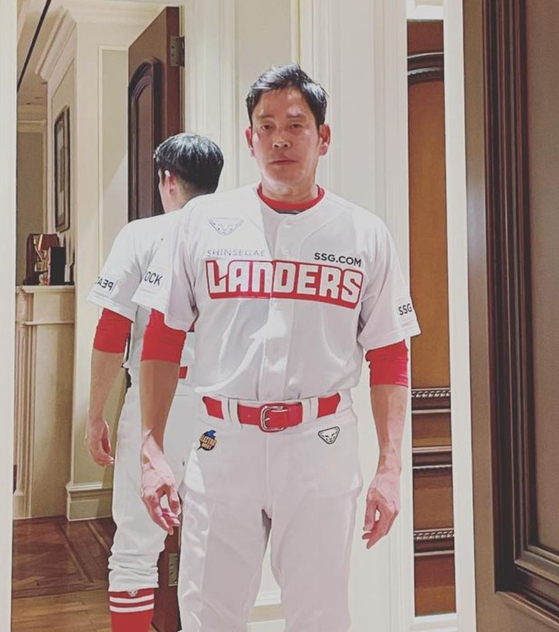 
The KBO doesn't have many great rivalries, but those it does have run deep.

There's the Doosan Bears and the LG Twins, who share a home stadium and a healthy hatred of each other, and the Lotte Giants and Kia Tigers, who take the ancient political rivalry between the Yeongnam and Honam regions onto the baseball field.

Other rivalries have come and gone as teams get locked in years-long battles to be No. 1, like the Bears and the Samsung Lions in the early 2010s and the Hanwha Eagles and Kia in the early 1990s. 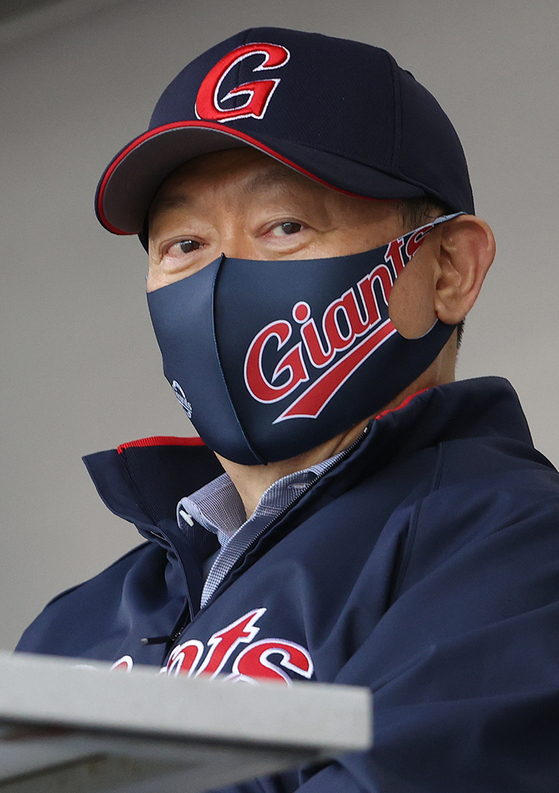 
Now baseball fans may have another rivalry to get excited about — Shinsegae Group Vice Chairman Chung Yong-jin is pitting his SSG Landers against the Lotte Giants in the battle of the retail giants.

Chung, a huge baseball fan who is assumed to have led Shinsegae's acquisition of the Landers, has spent the month since the season began trying to provoke Lotte Chairman Shin Dong-bin, the head of the rival retail corporation. Rather than fighting over e-commerce sales or home shopping channels, Chung is pushing for the two sides to duke it out on the baseball field.

Chung has repeatedly claimed that Shinsegae will show Lotte how a retail giant can combine commerce and baseball, claiming that Lotte will soon follow in Shinsegae's footsteps — bold claims considering Shinsegae has owned the Landers since March and Lotte has owned the Giants since the 1970s, before the KBO even existed.

Chung is a regular at Landers games, encouraging the team to call him their brother and sending gifts of Korean beef to players. After Chung called out Shin for his lack of engagement with the Giants, the Lotte chairman suddenly appeared in the stands at Jamsil Baseball Stadium in Southern Seoul on Tuesday as the Giants took on the Bears.

As this was Shin's first appearance at a baseball game since September 2015, it seems likely that Chung's provocations are getting to him.

"Shin came to the game because I provoked him," Chung reportedly said on the Clubhouse social network later that evening.

Lotte has also since announced that the company will send players a Korean beef gift set, mimicking Chung's gift to the Landers.

"I will continue to provoke unless [Shin] asks me to stop," Chung reportedly said on Clubhouse. "Better policies come out of adversity. We will continue to offend Lotte and make them play better baseball."

SSG are currently tied for third in the KBO with 11 wins and nine losses while Lotte trails in eighth with nine wins and 11 losses. With the Giants already facing another tough season, a little provocation could go a long way.

Landers extend lead as KBO gets a lot louder

Landers could be the team to beat this season