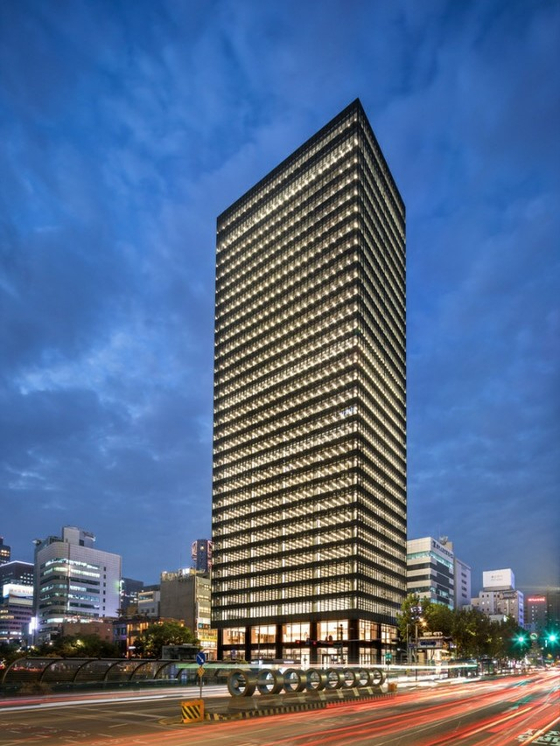 
In an effort to boost the tourism industry hit hard by the coronavirus pandemic, Seoul opened a center in the middle of the city to support tourism start-ups.

“The recent news of additional vaccine procurement is really a sign of hope for those in the tourism industry,” Seoul Mayor Oh Se-hoon said at the opening ceremony of Seoul Tourism Plaza in Jongno District, central Seoul, on Thursday. “It is our hope that our lives return to normal within this year and that Korea’s tourism will be able to jump-start again.”

Seoul Tourism Plaza is located in Samil Building, a few minutes’ walk from Jonggak Station, subway line No. 1. It will be home to 67 start-ups on tourism, Seoul Tourism Organization and other city government-run agencies that provide funding or consulting for tour companies, including MICE tourism — tourism focusing on the so-called meetings, incentives, conferences and exhibitions industry — and medical tourism companies. The plaza is also equipped with studios fitted with technology for livestreaming events. 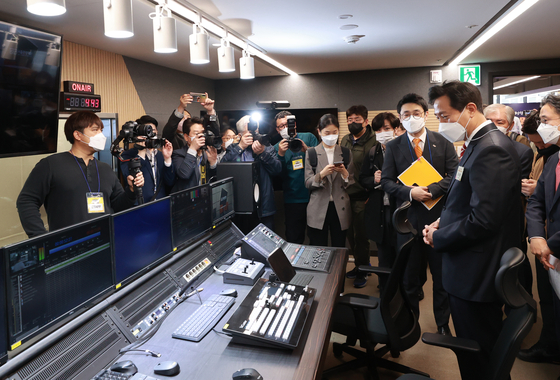 
The start-ups to get themselves situated in the plaza include Imperfect, a company that develops tourism programs using artificial intelligence technology; Music King, a company that provides tourists an opportunity to record their own K-pop-style music; and Modernhan, a company that runs programs on hanbok, or Korean traditional dress, and other traditional Korean heritage and art.

Since the onset of the Covid-19 pandemic in 2020, the number of tourists in the nation and its capital city has dropped drastically.

“The year 2020 has been a devastating year for tourism companies,” said Nam Sang-man, president of Seoul Tourism Association, at the opening ceremony. “The establishment of Seoul Tourism Plaza brings much needed support for these companies. We will try our best to resuscitate the industry so that it may thrive again.”

The establishment of the plaza was planned by the city government in 2018, three years after Korea Tourism Organization moved its headquarters from Seoul to Gangwon. 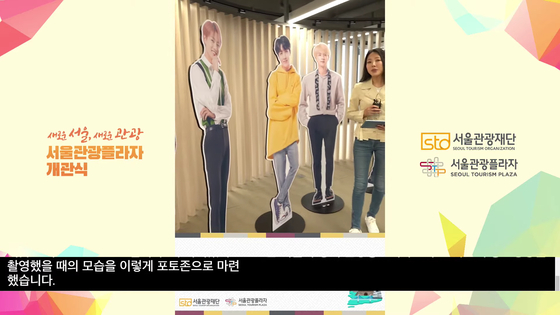 A photo zone with printed figures of the members of boy band BTS at Seoul Tourism Plaza. [SCREEN CAPTURE]


“Ever since the organization moved out of the city, the tourism companies based in Seoul have requested a one-stop center in the city to provide assistance to these companies,” the city government said in its statement. “The plaza will not only provide coordinated assistance to the companies, but also fun opportunities for tourists to experience Seoul differently.”

Laying down the lawn