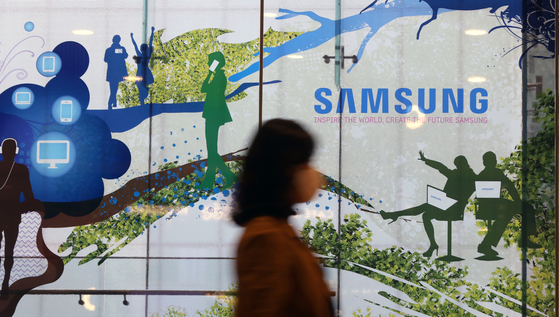 Individual investors owned 605 million common shares of the company as of April 30, leaving them with 10.13 percent of the total, according to data from the Korea Securities Depository (KSD).

Their holdings are now higher than those of the National Pension Service (NPS). The NPS, which has been reducing its stake in Samsung Electronics since the beginning of the year, said in March it now owns less than 10 percent of the company, down from 10.7 percent at the end of last year.

Family members of late chairman Lee Kun-hee and related companies own 21.17 percent of Samsung Electronics. The single largest of these is Samsung Life Insurance, which holds 8.15 percent of the company, followed by Samsung C&T, which owns 5.01 percent.

With liquidity abundant and optimism for a rebound high, retail investors net purchased 177.2 million shares, or 9.6-trillion-won worth, of Samsung Electronics shares in 2020, pushing their stake to 6.48 percent at the end of last year.

Coming into this year, retail investor interest in the country’s most valuable company didn’t subside.