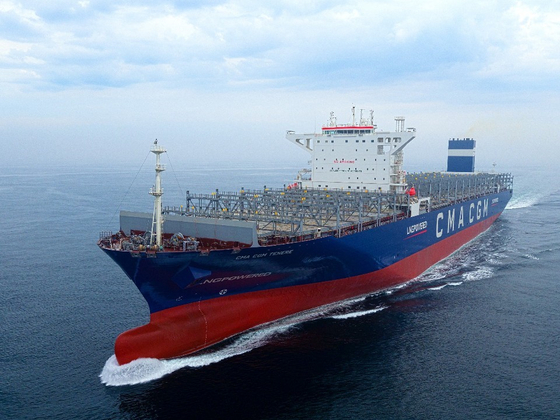 
The number of contracts for ship purchases so far this year has surged as the global economy starts to recover and demand for eco-friendly ships increases.

The number of orders is high even considering that the shipbuilding industry struggled last year due to the Covid-19 outbreak.

The increase in demand for container transportation in line with the global economic recovery and eco-friendly vessels powered by liquefied natural gas are seen as major reasons behind the surge in ship orders.

Eco-friendly ships built by domestic shipbuilders are mostly equipped with dual fuel engines, and demand for such ships was high.

Of the 24 vessel for which DSME secured contracts, 20 of them have dual fuel engines.

“Just like in the past, the number of orders for ships rise following an economic recession,” said Choi Jin-myung, an analyst at NH Investment & Securities. “Orders for container ships rose particularly high in the first half of the year. Contracts for LNG vessels will start to be sealed from Qatar LNG project in the second half of the year. At least 40 to 60 ships will be signed to be built, and therefore, the trend in rising demand won’t easily reverse.”

The price of an LNG ships was unchanged through early this year, but started to move up two to three months ago.

KSOE “has secured stable level of orders through 2023,” said a company spokesperson during the company’s conference call on April 29. “The situation is similar to early 2003, right before the beginning of a super cycle. Though uncertainties remain from the speed of Covid-19 recovery, we carefully forecast the cycle could return.”