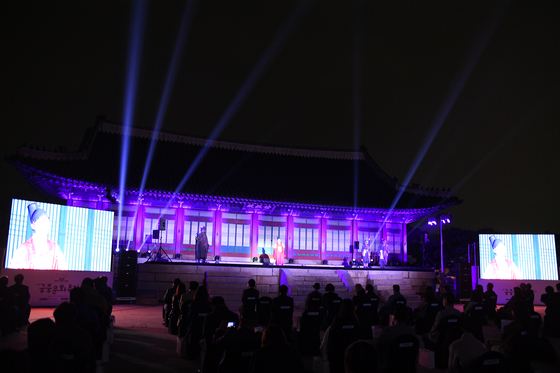 The opening ceremony was held Friday evening at the Gyeongbok Palace in central Seoul to kick off the 7th Royal Culture Festival. The festival runs until May 9. [CULTURAL HERITAGE ADMINISTRATION]


The Cultural Heritage Administration (CHA) decided to turn its grand Royal Culture Festival into a biannual festival from this year and kicked off the 7th edition on Saturday. For nine days, visitors can enjoy up to 22 offline programs at Seoul’s five palaces from the Joseon Dynasty (1392-1910) as well as the Jongmyo Shrine, while various online programs will also open in a series until the end of this year, crossing over with the 8th edition of the festival, which will kick off in October.

Using two key words “healing” and “rest,” the Korea Cultural Heritage Foundation and the CHA, which co-hosts the festival, decided to focus the programs on that “can provide peace of mind as an increasing number of people are becoming fatigued by the pandemic and isolation.”

One of them is different meditation programs, titled “Simkung, Shuimgung,” inside the five palaces.

At the Changdeok Palace, four 40-minute meditation sessions are being provided everyday during the festival. Inside the Okdang, where cool spring breeze penetrates through the traditional Korean building known as hanok, people can sit down or lie down and even take a little nap while listening to relaxing music.

Deoksu Palace’s “Simkung, Shuimgung” program is being held in the outdoor garden where the fountain is located in front of Seokjojeon Hall. While sitting down in the garden, people can enjoy various media art by artists Jang Seung-hyo and Kim Yong-min.

Changgyeong Palace offers a special program that will show “what true relaxation looks like,” according to the organizer. In different corners of its vast palace, visitors can listen to nature, read books and write journal entries, as well as take part in a special singing ball therapy.

Another new program being offered this year is the “Palace Cinema,” being held at Gyeongbok Palace. Three films that feature Korea’s royal palace and its culture — “Prince Yeonsan” (1962), “The Fatal Encounter” (2014), and “Forbidden Dream” (2019) — will be screened at 7 p.m. from May 7 to 9 at the Geungbokjeon.

Various online programs are being organized, such as the D.I.Y. kits that were “very popular last year.” By signing up for a delivery service online at the festival’s official website, people can receive a D.I.Y. crafts kit that allows you to make Joseon royal lanterns. 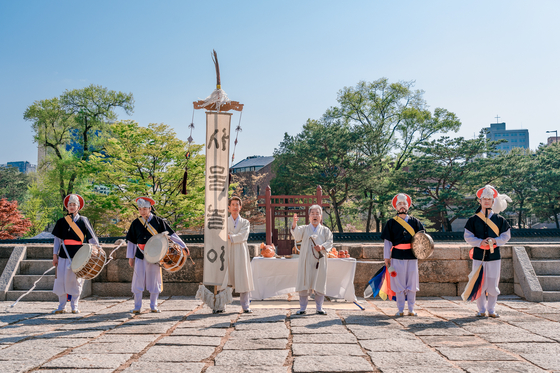 Korea's renowned traditional percussionist Kim Duk-soo performs during this year's Royal Culture Festival. He will perform again on May 3 at the Changdeok Palace. [CULTURAL HERITAGE ADMINISTRATION]


Music concerts like "Changdeok Palace Afternoon Concert" and traditional performances that are being staged in different palaces during the festival are also available via the festival’s YouTube channel so that people who prefer to stay indoors amid the coronavirus can still enjoy the festival.

The festival’s signature program, “Moonlight Tour” is also open at Changdeok Palace from May 6 to 9. The tour is held four times a day starting from 7:20 p.m.

For all programs, bookings are essential as the number of visitors will be limited. For more information, visit www.royalculturefestival.org.