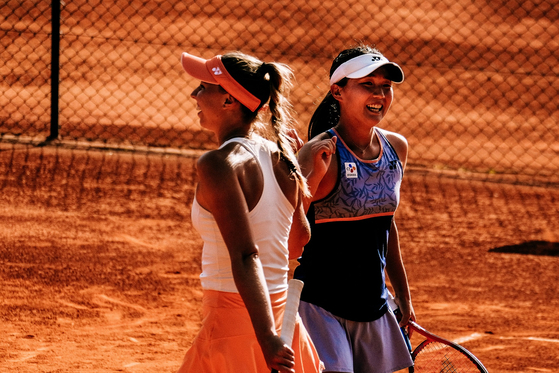 The pair defeated Riya Bhatia of India and Gabriela Ce of Brazil in straight sets, 6-4, 6-0, on Saturday, the sixth day of the competition.

This is their second win as a team, as Park and Nagy also won the girls’ doubles title at the Orange Bowl International Tennis Championships, a ITF ‘Grade A’ junior tennis tournament in 2018. In 2019, they advanced to the quarter-finals of the French Junior Open.

This is 18-year-old Park's second ITF doubles title this season. Her second win comes just two weeks after her first, both on clay courts.

Park won the women’s doubles title with Elina Avanesyan of Russia at the Egypt ITF World Tennis Tour on April 17.

Park also has experience as a singles player, winning on clay at the ITF MTA Open Series in Antalya, Turkey on March 8. She had won at the same court two years earlier in April 2019, when she marked her career-high rank of 17 on the ITF Junior Circuit.

The ITF Women’s World Tennis Tour will continue throughout May and June with the next matches to be held in Ecuador, Egypt and Turkey. The tournament that was to take place in Incheon, Korea from May 17 to May 23 has been canceled.