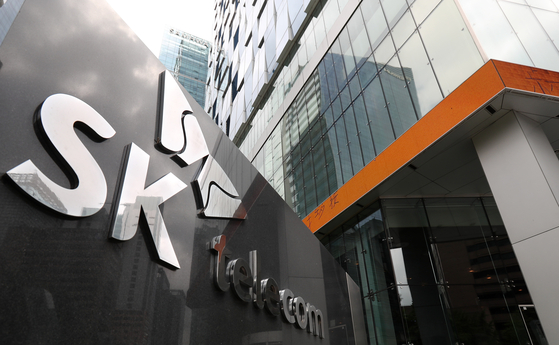 SK Telecom is retiring a massive holding of treasury shares in one of the largest such cancellations ever in Korea.

Treasury stock is shares of a company owned by the company itself.

Following a board resolution Tuesday approving the move, the company is retiring 8.69 million SK Telecom shares it owns. These shares represent 10.8 percent of total company shares.

This is the second largest case of a treasury stock retirement in Korea after Samsung Electronics, which cancelled shares in two tranches in 2017 and 2018.

In Korea, companies will often maintain large holdings of their own shares. While treasury shares have no vote, they can easily and quickly be sold to a friendly third party to defend against threats from activist shareholders.

Ahead of the transaction, SK Telecom is its own second largest shareholder. SK Inc., with 26.8 percent of the stock, is its largest.

Once the SK Telecom shares are retired, they will be permanently canceled.

The move will reduce the number of issued shares to 72 million from 80.7 million. SK Telecom said it believes the move will help boost shareholder value.

After the retirement is completed on Thursday, SK Telecom will be left with 900,000 treasury shares, which the company explained will be granted to employees as stock options or as part of a new compensation program implemented this year where staff can receive part of their incentive pay in stock instead of cash.

The decision to retire a majority of its treasury stock is part of a larger initiative to boost shareholder returns. Last month, the company said it will be split into two companies, one focusing on the telecom business and the other making and managing investments in non-telecom businesses, such as semiconductors.

SK Hynix, Korea's second largest chip maker, will be part of the latter.

SK said the split would help the two entities "to be properly valued in the market" in their respective fields.

The spinoff plan raised the possibility the non-telecom entity to be created, including SK Hynix, might be merged with SK Inc., though this has been denied by SK Telecom. Analysts said that the treasury shares might have been used in that restructuring.