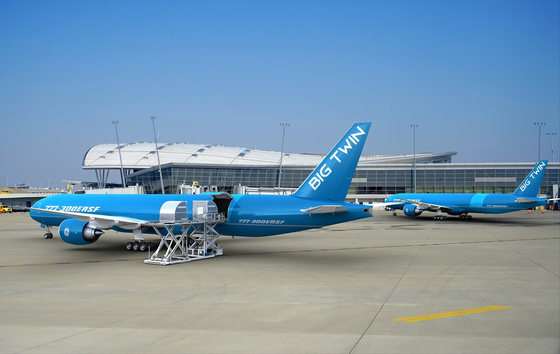 At the new facility will retrofit B777-300ER passenger planes for cargo.

IAI is currently developing a conversion method for the Boeing 777 and expects to be licensed for the process in 2023.

Aircraft conversion is intended to extend the use of a passenger aircraft.

Aircraft conversion and large cargo plane maintenance is projected to generate around a trillion won ($892 million) of revenue from 2024 through 2040, according to the airport corporation. The company added that around 2,100 new jobs will be created during the same period.

IAI has been opening aircraft conversion centers in numerous countries globally, including China and Mexico.

Incheon had to compete against China, Mexico and India for the agreement with IAI, according to the airport corporation.

The facility “will create new quality jobs and activate domestic and local economy through the creation of high valued growth engine,” said the company in a statement.

Converted freighters is expected to account for 60 percent of a cargo plane market over the next two decades, according to the airport corporation.

Plans for offshore international airport given the green light