Curtis S. Chin
The author, a former U.S. ambassador to the Asian Development Bank, is managing director of advisory firm RiverPeak Group, LLC. Follow him on Twitter at @CurtisSChin 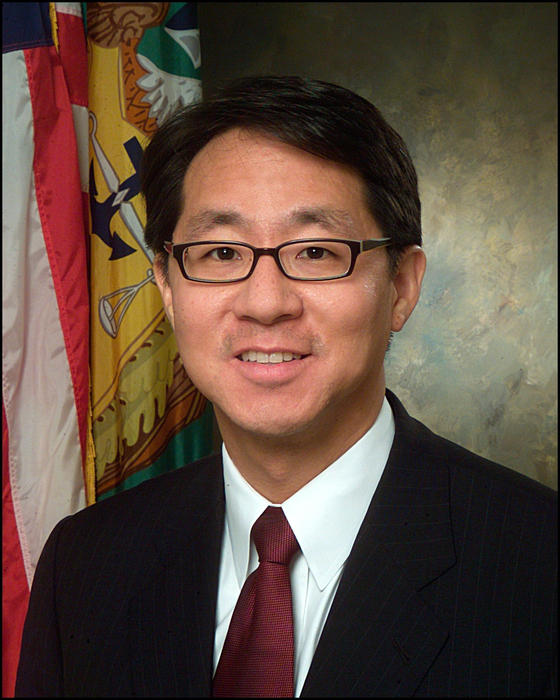 This year, Youn Yuh-jung took home the Best Supporting Actress Award — the first ever for a Korean actor — at the 93rd Academy Awards ceremony for her work in the film “Minari.”

Youn also endeared herself to viewers around the world with her acceptance speech, with its mix of humility, gratitude and humor. “This is the result — because mommy worked so hard,” said Youn to her two sons from the stage, while brandishing her golden Oscar statuette.

Presenting the 2021 award for Best Director via a link-up to a theater in Seoul, Bong introduced this year’s nominees in Korean, with no subtitles, before his translator Sharon Choi translated his remarks into English.

Yet, in a pandemic year that has also seen anti-Asian violence and hate increase across America and the horrific killing of 8 people, including 6 Asian or Asian American women — 4 of Korean descent — in the U.S. state of Georgia, I was also paying attention to not just whether Youn would win. I was also listening in to this year’s Oscars presenters and winners to see if any might speak up against Asian hate.

I went away disappointed as none of the presenters addressed the issue head on. I was pleased though to see the producer and actor Tyler Perry, who was recognized by the Academy of Motion Picture Arts and Sciences for his humanitarian work, call on viewers to join him to “refuse hate,” including hate against Asians.

When it came to diversity, there was indeed progress to note in both the stories told on film and the actors who were recognized for helping bring those stories to life. Nine of the 20 acting nominees in this year’s Oscars race went to people of color. A total of 70 women also received 76 nominations — the most in the history of the Oscars.

And at the end of a reimagined awards ceremony, I celebrated a diversity of winners. That included not just Youn’s win but also a Best Supporting Actor win for the Black British actor Daniel Kaluuya for the film “Judas and the Black Messiah.” Chinese-born director Chloe Zhao also won two Oscars — one as Best Director and another as part of the team that produced the film “Nomadland.” Filipina-Black-American singer H.E.R. also took home an Oscar statuette for Best Original Song for her collaboration with Dernst Emile II and Tiara Thomas for “Fight for You” from the film “Judas and the Black Messiah.”

Many in the Asian American and Pacific Islander (AAPI) community — myself included — had also celebrated the recognition of numerous other path-breaking nominees of Asian descent. These included nominations, if not wins this year, for director Lee Isaac Chung for “Minari” and Derek Tsang for “Better Days,” as well as actors Riz Ahmed for “Sound of Metal” and Steven Yeun for “Minari.”

However, after a year that has been plagued by the spread of both the novel coronavirus and a virus of hate, we must not ignore that the stereotyping of Asians remains insidious and is perhaps as old as the motion picture industry itself.

Hollywood has a reckoning facing it when it comes to the stereotyping of Asians and Asian Americans. The harmful legacy of depictions of Asian women as dragon ladies, timid butterflies or dangerous seductresses and Asian men as effete, inscrutable or sinister (and perhaps all three at once) endures.

Old boy networks and outdated views on what viewers want have also too often and for too long led to closed doors or “bamboo ceilings” and a lack of opportunity, representation and recognition for Asian talent both in front of and behind the camera.

This includes underrepresentation among Hollywood’s decision makers as well. According to the Washington Post, UCLA’s 2020 Hollywood Diversity Report found 91 percent of executives at major and midlevel studios were white, while the USC Annenberg Inclusion Initiative found just 3.3 percent of directors of the 1,300 most popular films released between 2007 and 2019 were of Asian descent.

A connecting line can be drawn from the stereotyped images that the “magic” of Hollywood has created and fostered to the “otherness” and “perpetual foreigner” stereotyping that has contributed to the sadly all- too-real images today of deadly attacks on Asians, from an elderly Thai grandfather in San Francisco to Chinese and Korean immigrant women in the Atlanta area.

The reality of Asians in America today, according to just released U.S. Census data, is that of a diverse and complex community that includes 1.9 million people who can trace their roots to Korea. Six “Asian origin groups”— Chinese, Indian, Filipino, Vietnamese, Korean and Japanese — accounted for 85 percent of the Asian population in the United States as of 2019, according to a Pew Research analysis of the data.

The social media hashtags already exist — #StopAsianHate, #StopAAPIHate, #StandWithAsians — and have helped build awareness of the physical and verbal abuse that Asians and Asian Americans and Pacific Islanders in the United States have long faced. For all in the film industry, we need to pause for some introspection and then act to be part of the solution by increasing Asian representation and including Asian people in conversations and actions about diversity.

From policy advocacy to fundraising for efforts to build resilient communities in the midst of hate, there is much to be done in Hollywood and elsewhere. The month of May is Asian Pacific American Heritage Month in the U.S., and there are likely to be a range of events in Koreatowns, Chinatowns, Little Indias and other neighborhoods across the country, helping mark the contributions of Asian Americans and Pacific Islanders to America’s continuing evolution. As with the Oscars, let us work to ensure that such celebrations and the awareness that they might bring are also not just fleeting moments in the sun before America moves on.

A jungle of violence (KOR)

'Illuminated' sheds light on the racial prejudices against Asian women