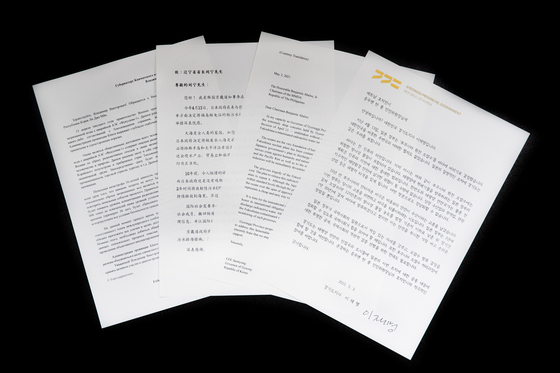 Letters in different languages sent by Gyeonggi Gov. Lee Jae-myung Tuesday to heads of 25 local governments in 12 Pacific Rim countries to join together in a unified response to protest Japan’s decision to discharge contaminated water from the Fukushima nuclear power plant into the ocean. [GYEONGGI PROVINCIAL OFFICE]


Gyeonggi Gov. Lee Jae-myung proposed to 25 local governments in 12 Pacific Rim countries to join together in a unified response to protest Japan’s decision to discharge contaminated water from the Fukushima nuclear power plant into the ocean, according to his provincial office Thursday.

“It is time for the international community to join together in calling for the Japanese government to honor its international obligations as a member of the global community and reverse its decision to discharge the radioactive water,” wrote Lee in the letter.

Lee added that the Japanese government’s plans to discharge the radioactive water into the Pacific Ocean “constitutes a serious crime against humanity and nature” and “poses a dire threat to the safety of the Korean Peninsula and the Pacific Rim as well as to the marine environment.”

The Japanese government announced on April 13 a controversial decision to gradually release wastewater stored at the Fukushima Daiichi nuclear plant into the Pacific Ocean in two years, a move which has been protested by the Japanese fishing industry, international environmental groups and neighboring countries.

A massive earthquake and tsunami struck Japan on March 11, 2011, causing a meltdown at the Fukushima plant, and so far some 1.25 million tons of contaminated water are stored in over 1,000 tanks there, expected to be completely full in the latter half of next year.

Lee expressed “deep concerns” held by Korea regarding Japan’s decision, which were “undertaken without consultation with neighboring countries.”

He also noted that fishing, trade and tourism industries in Pacific nations could be “devastated,” adding that there is “no possible justification” for this action.

Guam, Hawaii and California are some tourist locations in the Pacific coast that may be affected, noted the Gyeonggi provincial government.

The letter further stressed the importance of the “transparent disclosure” and “objective monitoring” of the processes by which the contaminated water will be treated. 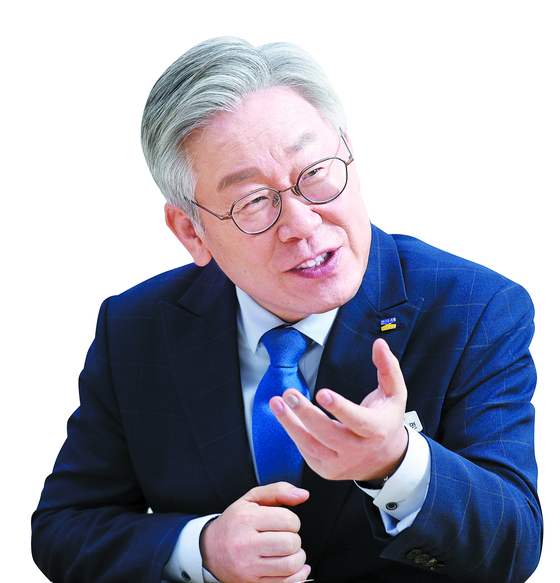 Lee continued, “Gyeonggi proposes that the nations and local autonomies of the Pacific Rim address this lamentable course of action on the part of the Japanese government.”

Also on Tuesday, Lee sent another letter to the Japanese government and Fukushima Prefecture, calling on Tokyo to "immediately withdraw the decision to release the contaminated water."

In the letters addressed to Japanese Minister of Economy, Trade and Industry Hiroshi Kajiyama and Fukushima Gov. Masao Uchibori, Lee noted that the “Fukushima disaster that took place 10 years ago was an event that rang a great alarm for mankind who considered cost before safety.”

He added that Japan’s unilateral decision to discharge the contaminated water “neglects the lives and safety of not only its own people but also the people of neighboring countries.”

On April 23, the Gyeonggi provincial government formed a task force to respond to the discharge of contaminated water in Fukushima and prepare countermeasures such as expanding radioactivity testing in imported seafood and strengthening inspections of Japanese marine products.

Korean Foreign Minister Chung Eui-yong also expressed Seoul’s opposition of Tokyo’s decision to discharge the water from Fukushima in his first meeting with Japanese Foreign Minister Toshimitsu Motegi in Wednesday on the sidelines of a G7 meeting in London.