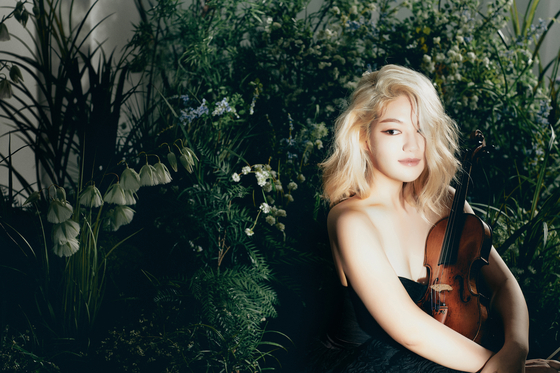 Her yearly calendar has always been full with back-to-back concerts across the globe and wherever she goes, she wins over critics’ hearts who praise that Cho “has it all” — brilliant technique, charisma, passion, intelligence, flair, and an engaging stage presence that is simply electrifying.

Like many Korean classical musicians around her age, she was “given a violin” by her parents at four. Becoming a solo violinist wasn’t her choice, but as her talent began to set her apart from her peers, winning prestigious competitions including the 2006 Montreal International Music Competition and the 2014 Gold Medalist at the International Violin Competition of Indianapolis, it became apparent that she was destined for the stage. Cho is also an assistant professor at the Schulich School of Music at McGill University in Canada and the founder and current artistic director of Encore Chamber Music, which is an intensive summer training program for talented young performers in Cleveland.

Not satisfied with her already impressive resume, Cho decided to add author to her list of accolades, publishing a collection of essays titled “When will I ever shine.”

In her book, Cho says she wanted to be as genuine as possible, “not hiding anything from anyone.”

She talks about the struggles, distress and agony she went through after her parents decided they wanted her to be a violinist, even before she had the time to think about what she wanted to do with her life. The book also raises her objections to the image of an obedient Asian woman and expresses anger toward the discrimination Asians face, which she herself has had to deal with while studying and performing in the West.

On May 4, Cho published her book of essays and made her official debut as a writer. 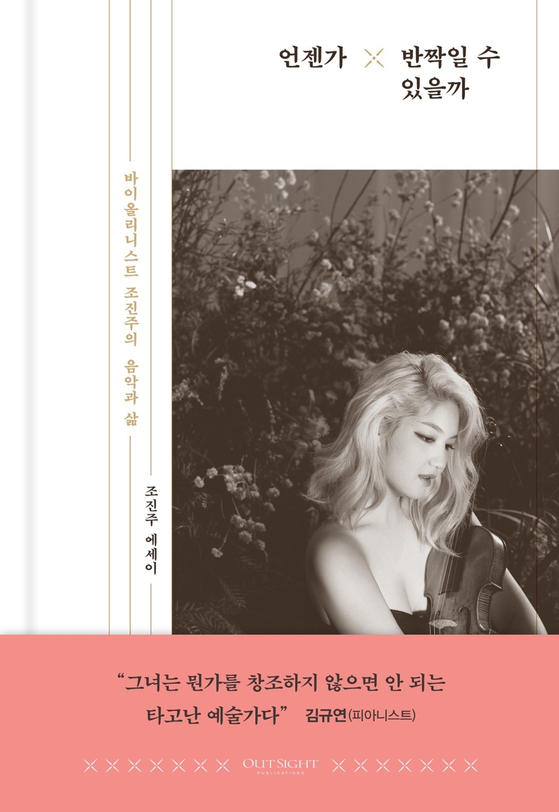 The cover of Cho's first collection of essays ″When will I ever shine,″ which was published on May 4. [BOM ARTS PROJECT]

“I wrote columns for several publications but they were mostly about classical music,” Cho told the Korea JoongAng Daily during an interview on May 4. “First I wanted to collect those previous writings but ended up writing everything from scratch to talk more about my feelings and what I have gone through.”

“When will I ever shine” speaks not only to young artists who may feel stifled by their parents and an overwhelming amount of practice, but also to anyone who has been struggling to finally admit, or discover if lucky, that the path that their parents chose for them is not the right one.

“It took me a long time to love music and to sincerely love my job,” she wrote. “This love wasn’t destined, and it isn’t ‘everlasting’ either. It was always painful for me to listen to colleagues perform who seemed to be born with that musical instinct. After reading an interview with one artist which said that ‘music is my destiny and there’s nothing more powerful than music,’ I couldn’t sleep much for days after because it disturbed by thoughts. I could not understand. Why is music an absolute thing for that person and what did they mean that it’s the most powerful thing?”

Cho said that she could not find the answer to that question for a long time.

“I still swear, [even though I can now say I love what I do], that being a musician isn’t all that romantic,” she said. “It’s in fact, very tough and arduous, both physically and emotionally,” she said. “Even if you are emotionally beaten up, you must have the guts to be able to wake up the next day with a smile on your face. Even if you are constantly exposed to emotional violence from people around you, you should have that stubbornness that can help you go your own way.”

The 33-year-old violinist describes her book as her “confession” to music.

“Like you have to learn to love a person who has been decided for you, it took me a long time, painful years and heartache to finally say that I know what it feels to fall in love with music,” Cho said. “I wanted to share that feeling, even if it may be too genuine, or too frank, I wanted to open it up and sympathize with people and tell them that they are not alone.”

Her bold character is very evident throughout her writing. She is not afraid to divulge all the dark practices that go on inside the classical music industry that are “often overlooked by the glamor of the stage lights,” as she describes.

“Children who just reach the upper grades of elementary school have to compete as the adults while their parents, who are entangled with confused feelings of their own ambitions and wrong sense of responsibilities, hope to provide their children with what they could not have, regardless of the children’s opinions,” she wrote.

“No one stopped that overheated competition. It was even encouraged. I got so scared when I first saw other kids crying in the corner after getting beaten up by their parents or teachers, but I soon got acclimatized to such scenes. [...] It was a rare case, but some kids were hit with their fathers’ belts. Kids in the year 2000 were having their talents trained with physical abuse from adults, just like Ludwig van Beethoven in 1800. That’s 200 years put to shame.”

Cho said she decided to title her book “When will I ever shine,” which is also the name of one of the chapters. 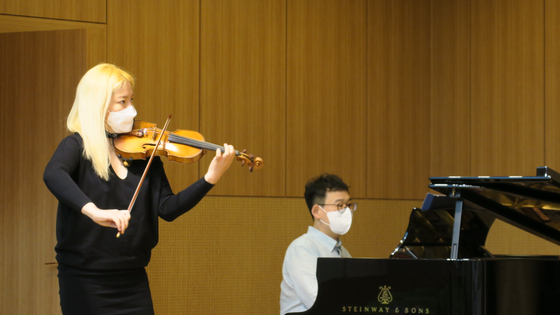 Violinist Cho performs a piece that will be included on her upcoming album to commemorate the 100th anniversary of French composer Camille Saint-Saens’ death on May 4 at the Cosmos Hall in southern Seoul. [BOM ARTS PROJECT]


“The chapter talks about the days when I struggle with low self-esteem,” she said. “It’s really difficult not to be attacked by that feeling, especially for me, living as an Asian woman in the West. I always question myself whenever I’m looked down at, or harassed. Also when I feel like my performance wasn’t good enough, I fall into this deep hole, feeling that I’m not good at this because I’m not destined. I think everyone goes through this stage in life and I still do no matter how much spotlight I get. That’s why I decided to name the book that title. I think a lot of people can sympathize with it.”

Cho kicked off her performance schedule while she’s in Korea on May 3 at the Lotte Concert Hall. She’ll also take part in the upcoming Seoul Spring Festival. Later this year, Cho will release a new album that commemorates the 100th anniversary of the death of French composer Camille Saint-Saëns with the Appassionato Ensemble founded by Mathieu Herzog. To introduce the new album, she will tour across Korea again from October.