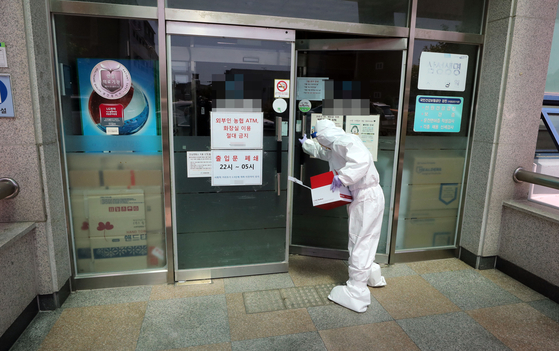 A health official enters the nursing hospital in Yeosu, South Jeolla, on Sunday, where 10 patients have been newly diagnosed with Covid-19 since a caregiver was tested positive on May 8. [YONHAP]


Eleven patients and workers at a nursing hospital in Yeosu, South Jeolla, have been diagnosed with Covid-19, including four who have already received the AstraZeneca vaccine.

Health authorities conducted additional coronavirus tests for all close contacts in the hospital, and found 10 other confirmed patients. The hospital is currently put under cohort isolation.

The caregiver received her first AstraZeneca shot on March 3 and was scheduled for a second vaccination next week. Three out of the other 10 confirmed patients had also been administered their first shot along with the caregiver, health authorities added.

Authorities, however, explained that immunity develops two weeks after completing vaccination, which is two shots for the AstraZeneca vaccine.

“All medical staff at the nursing hospital have completed their first round of AZ vaccination, and so far no additional confirmed cases have been confirmed,” said a Yeosu city official.

While clusters of infections continue to pop up across the country, Korea’s daily new Covid-19 cases fell back into the 500s on Sunday, likely due to fewer tests conducted over the weekend. 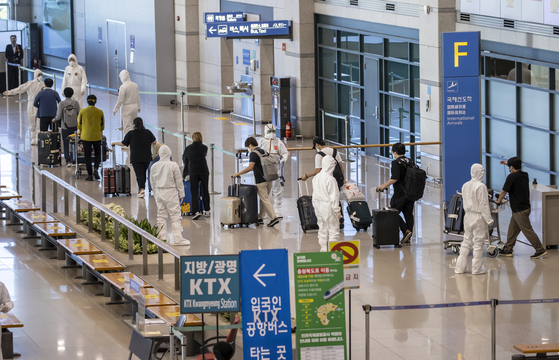 A third plane from New Delhi, India, carrying 164 South Korean business officials, arrives at the Incheon International Airport on Sunday. Korea has flown two other special flights out of the virus-ravaged country in recent days — one from Chennai carrying 172 Korean residents and another from Bengaluru with 203 people aboard. [YONHAP]


Meanwhile, a third plane carrying 164 Korean business officials from India, a Covid-19 hot spot which may have produced a more transmissible virus variant, returned home Sunday on a special flight.

A special flight operated by Asiana Airlines landed at Incheon International Airport around 8:02 a.m. carrying 164 people, mostly officials who had been sent to oversee the construction of a new Samsung Display plant, from New Delhi.

India has recently been reporting over 400,000 new Covid-19 cases per day, accounting for nearly half of the world's new known daily cases. India’s official tally of Covid-19 cases surpassed 22.29 million Sunday, while the country recorded more than 240,000 deaths.

Regular flights between Korea and India were suspended in March 2020 due to the pandemic. Since April 24 this year, the Korean government has also suspended non-scheduled flights from India, allowing only the operation of special flights for Korean residents to return home on a limited basis.

Passenger jets bound for Korea from India are required to fill fewer than 60 percent of their seats, and at least 90 percent of those seats must be occupied by Korean citizens.

All passengers entering Korea from India are required to quarantine at a state-run facility for seven days and at home for another seven days, and undergo a total of three coronavirus tests before release. 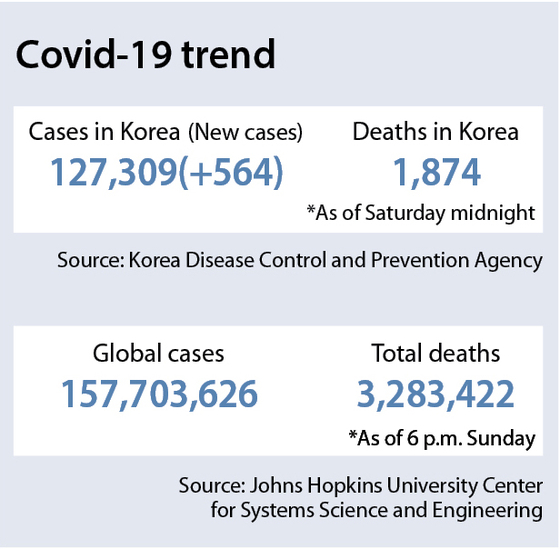 A total of 12 flights out of India are scheduled for this month, including the three that have already arrived.

Need for nursing home renovation in Korea highlighted by pandemic