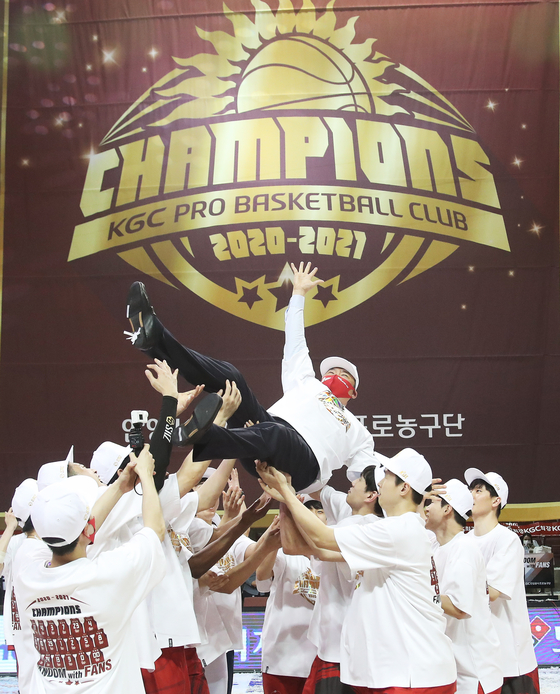 This is Anyang’s third championship victory, winning first in the 2011-12 season and second in the 2016-17 season.


Anyang is the first champion to be crowned in two years as the KBL decided last March to cancel the remainder of the regular season and the playoffs due to safety concerns surrounding the coronavirus. Wonju DB Promy and Seoul SK Knights, both winning 28 games out of the 43 regular season games, topped the table for the shortened season.

This time around, all 10 teams played 54 games in the regular season, with the top six teams advancing to the postseason.

Coming in at third place in the regular season, Anyang had to battle through two rounds of playoffs to make it to the championship. Anyang won the first round against sixth-place Busan KT Sonicboom, advancing to the semifinals to beat the fifth-place Ulsan Hyundai Mobis Phoebus.

As No. 1, Jeonju advanced straight to the semifinals and beat the Incheon Electroland Elephants, advancing to the championship.

Despite topping the regular season table, the Jeonju side lost the first two games 98-79 and 77-74 at Jeonju Gymnasium in Jeonju on Monday and Wednesday, and lost the third game 109-94 on Friday and the fourth 84-74 at Anyang Gymnasium in Gyeonggi on Sunday.

The Sunday game started off with Anyang leading with a close 18-17 in the first quarter, and in the second quarter, Anyang put themselves 15 points ahead. Not to be outdone, Jeonju put up a hard fight in the third and fourth quarter, closing the gap down to only a few baskets.

However, Anyang was unstoppable to the very end, scoring a total of 84 points to Jeonju’s 74. 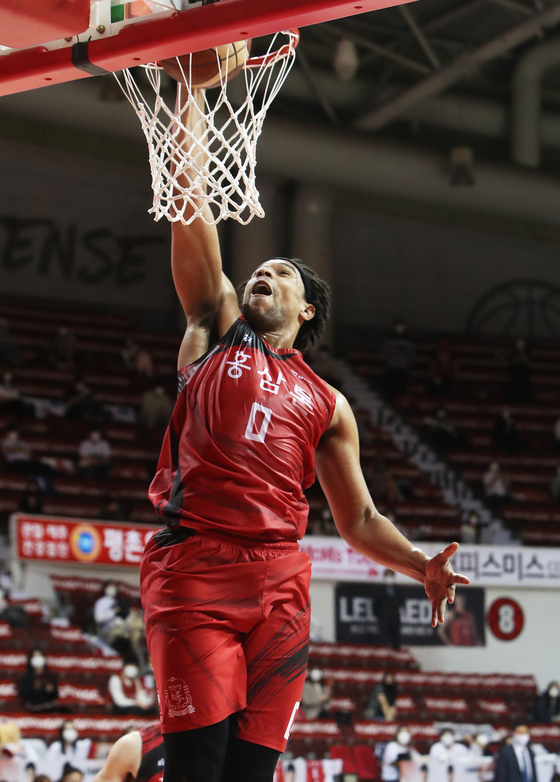 Jared Sullinger dunks for Anyang KGC's championship victory during the fourth playoff game against the Jeonju KCC Egis at the Anyang Gymnasium in Gyeonggi on Sunday. [YONHAP]

Anyang's Jared Sullinger, who played at all four playoffs, was the undeniable star of the game, making 10 two-pointers and four three-pointers and 10 free throws during Sunday’s game, a total of 42 points — exactly half of the 84 points Anyang made as a team.

With 42 points and 15 rebounds, Sullinger recorded a double-double and was named MVP of the playoffs.

Anyang has made history in the KBL with their 10 consecutive wins in a single postseason: three wins in the first round, three more in the semifinals and then four in the championship final.