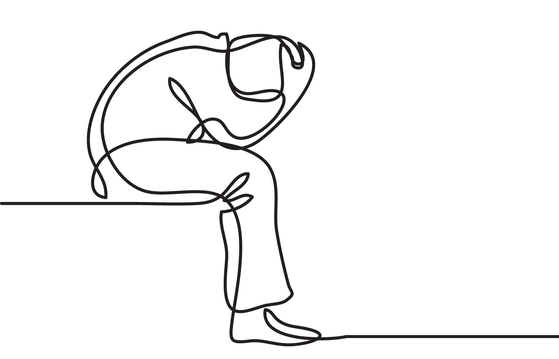 These days, even the employed and well paid are often bummed out. If they missed out on any of the ongoing manias, in stocks, properties or cryptocurrencies, their good salaries are looking relatively small. To the fear of missing out add the reality of being left behind.

“It’s not like I get low salary, but these days it feels like the amount of my pay is just chicken feed,” one 36-year-old man said. “Whenever I hear from others that they have earned billions of won through stock investment or cryptocurrencies, I feel completely drained and blame myself for the past that I have not participated the investment activities.”

“Seeing taxes deducted from my monthly salary raise my hackles all the time,” He added. “I can’t seem to get anything done at work these days.”

Corona blues have become a serious issue in Korean society. But the recent investment boom makes Koreans feel even more depressed and leaves them with a sense of relative deprivation if they did not join in any of investment crazes and have watched others become rich overnight.

According to a survey by Seoul Metropolitan Government, 44.3 percent of city residents reported feeling stressed last year, up from 2019’s 39.4 percent. The government interviewed 40,085 Koreans and 2,500 foreigners who are currently living in Seoul. 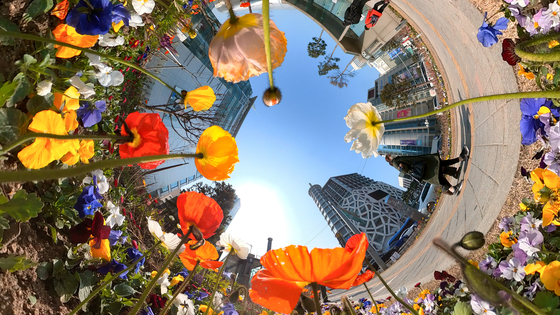 Seoul Metropolitan Government in March decorated streets with flowers as part of efforts to comfort city residents who have been suffering from corona blues. The event ran until the end of March. [YONHAP]


Roughly 45.6 percent said the biggest reason behind their stress was their “financial situation.” One out of two respondents, or 50.7 percent, said they have felt stressed due to the Covid-19 pandemic.

A total of 517 applications for industrial accident compensation related to mental health problems were filed to Korea Workers’ Compensation & Welfare Service as of November. It’s up 56.2 percent compared to 2019 and nearly double from 2018.

Relative deprivation and depression have a big impact of work efficiency.

A 34-year-old woman who works for a large company says she can't focus at her work properly these days. She feels listless and depressed since the Covid-19 as the pandemic has prevented her from participating outdoor activities more than a year.

She said she recently even tried to decorate her home by cleaning and organizing new furniture as a move to pull herself together, but it didn’t work.

“Even when I think about myself, I have become so irritable,” She said. “I always feel uneasy that this lethargy will affect my social life in negative ways.”

Companies are scrambling to come up with programs that can manage the stress and depression of their employees.

“We can actually feel that productivity has been falling constantly,” said an executive from a large company in Korea. “Employees are struggling from not only ‘corona blues’ but also relative deprivation, improving working conditions such as raising salary is just not enough anymore."

According to data by World Health Organization, depression and anxiety have a significant economic impact. The estimated cost to the global economy is $1 trillion per year in lost productivity.

Posco strengthened its psychology consultation program Hyutopia. It now deals with self-esteem, family issues and difficulties in childcare. Some 2,146 employees used the program last year, according to the company.

“Recently more employees request consultations about their family issues,” said Park Jin-woo, head of the communications team at Posco. “The company has been expanding the range of the programs related to stress caused by raising children to their depression about getting older.”

Coupang is making efforts to manage the stress of their employees through its Courest program, a consultation program that is open to all employees. It also runs First Aid Program, which allows all employees who have been suffering from corona blues or trauma caused in the workplace to receive consultations immediately.

Global companies are no exception.

Japan’s Nissin Foods Holdings in August set up a depression prevention team and regularly measures employee stress levels. It arranges online consultation sessions for those who have recorded a high level of stress.

Britain's Lloyd's has been spending about £50,000 ($70,100) per year for each employee in need of psychological therapy and treatment.

German carmaker Volkswagen banned its employees from sending in-house emails from 6:15 p.m. to 7 a.m. the next morning as part of efforts to reduce stress.

“Managing health problems has become an essential task since the pandemic, as well as the society that has been changing extremely quickly,” said Park Doo-yong, president of Korea Occupational Safety and Health Agency. “As people’s psychological anxiety might cause big losses in society and companies, we should consider mental health management as the responsibility of society and companies, instead of the medical sector."