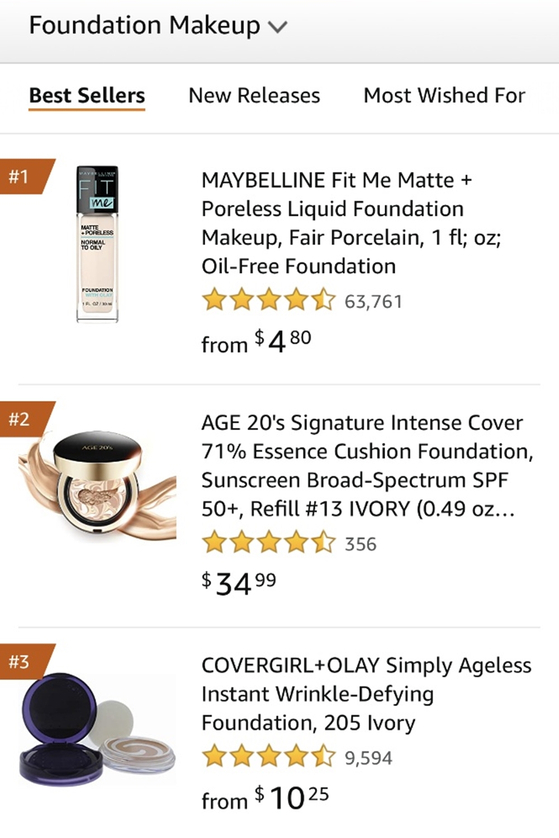 
An Aekyung Industrial foundation ranked No.2 in the foundation category on Amazon.

It entered the U.S. market through the development of an Amazon page in June last year.

The company’s AGE 20’s Signature Essence Cover Pact ranked No. 2 in the foundation category on Amazon as of April 30.

As of Monday, the product fell back to 91 because it was “temporarily sold out,” said a spokesperson for the company.

Aekyung Industrial promotes the product as a foundation with high moisture and coverage. It was well-received in Korea a few years ago via home shopping channels.

The bestselling foundation on Amazon is a product from Maybelline.
.
Since its introduction on Amazon, sales of AGE 20’s have grown six to seven percent every month, according to Aekyung Industrial.

Signature Essence Cover Pact is one of the bestselling AGE 20’s products. It accounts for around 80 percent of the total brand sales.

The product generally received positive reviews from its users on Amazon, but some critics were not happy about its bright tone.

The company said it will expand online marketing in the United States through collaboration with influencers to raise the awareness of the brand in the country.