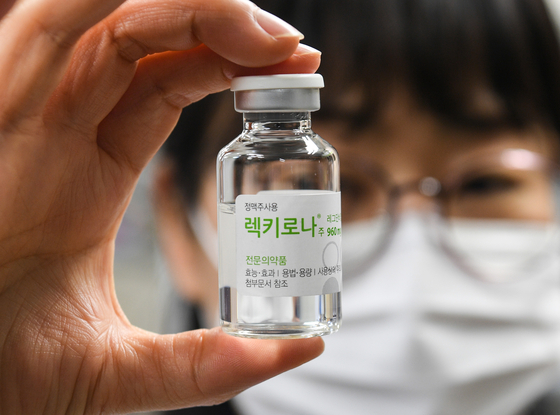 
The first exports of Regkirona, Celltrion's Covid-19 treatment, will go to Pakistan.

That's enough to treat 30,000 soldiers and civilians who have tested positive for the virus and come down with symptoms.

Celltrion Healthcare will send its own technical staff to Pakistan to train doctors and nurses to use the treatment.

This is the first export deal for Regkirona. Also known as CT-P59 or regdanvimab, it was granted conditional use approval in Korea in February. At the moment, it is the only Korean-made coronavirus treatment officially allowed in medical institutes nationwide.

Daily average deaths from the disease surpassed 150 by late March, from 50 to 60 earlier this year.

In Korea, Regkirona was allowed to be used for patients with moderate and severe symptoms on the condition that Celltrion submits Phase 3 clinical trial results in the future. A total of 2,700 patients have been treated since the February approval.

Phase 3 clinical trials were conducted in 13 countries including the United States, Spain and Romania. Celltrion is currently analyzing the data.

According to the company, discussions are ongoing with other countries to buy Regkirona.