GM Korea to sue over exit ban on CEO Kazem

GM Korea to sue over exit ban on CEO Kazem 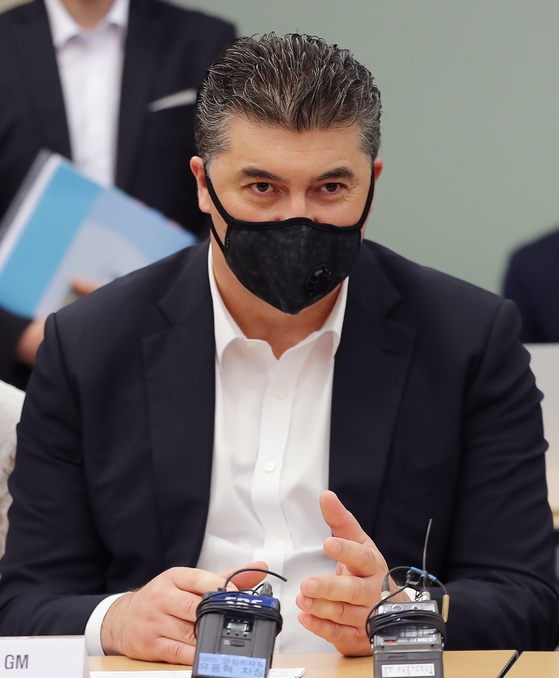 General Motors and its Korean unit said Monday it will take legal action against Incheon Prosecutors Office for imposing another exit ban on the company president and CEO Kaher Kazem, claiming it is an abuse of power and waste of government resources.

“General Motors views the arbitrary imposition of the new exit ban to be an abuse of process which must be reconsidered and reversed in order to respect the rule of law,” the auto company said in a statement Monday.

GM Korea President and CEO Kazem has been under investigation since late 2019 on charges of illegal hiring. Incheon Prosecutors Office imposed an exit ban on Kazem, but the order was lifted recently as the Seoul Administrative Court in April ruled in favor of Kazem and ordered the government to cancel the exit ban.

Incheon Prosecutors Office and the Ministry of Justice on April 30 imposed another exit ban on Kazem, claiming such measure is necessary for the ministry to make an appeal to the higher court.

GM Korea said it will proceed with another suit in the Seoul Administrative Court to lift the exit ban.

Chevy to the levy

GM to add Tahoe SUV to Korean lineup next month