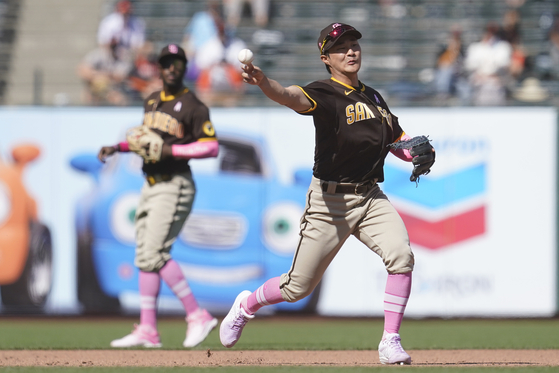 Kim Ha-seong of the San Diego Padres throws out Darin Ruf of the San Francisco Giants on Sunday. Ruf, normally a position player, appeared as a pitcher in the game as the Giants looked to rest their bullpen arms. Ruf formerly played for the Samsung Lions, making him the first former KBO player Kim has faced on the mound in the majors. [AP/YONHAP]